Is Meghan Markle and Diva for Wanting Two Baby Showers? 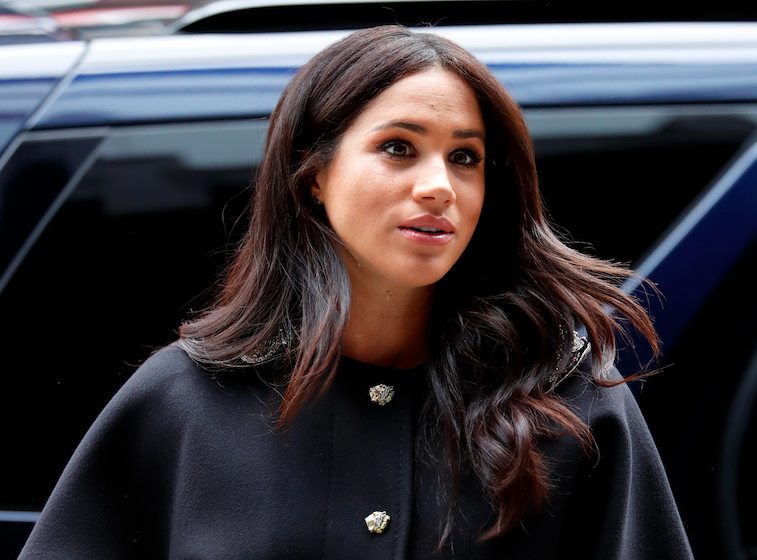 Expecting mother Meghan Markle seems excited about the birth of her child that will be happening soon. As such, the American-born Duchess decided to have two baby showers – one in New York and one in London – to celebrate the life-changing event

However, not everyone has been happy to see Meghan Markle host two extremely extravagant parties and some see it as a very distasteful move.

On February 20th, the Duchess of Sussex had a baby shower at a five-star hotel in New York City. She was surrounded by several close friends, including recognizable faces such as Amal Clooney, Gayle King and Serena Williams. It was a very lavish affair that seemed to cost around $ 200,000.

It's been revealed that Meghan Markle will have another baby shower in London very soon. This will be reportedly smaller than the previous one, but it will include her husband, Prince Harry, as well as her mother, Doria Ragland.

How did the other royals react to her lavish events?

None of the British royals have publicly stated their views on Duchess of Sussex's baby showers, but

Paul Burrell, who used to work closely with the royal family as a butler, believes that Duke and Duchess of Cambridge (who did not have a baby shower for their three kids) would have disapprove of what Meghan has been doing. "I think William, as well as Kate Middleton, will be totally bewildered by why Meghan is doing all this, as there is no excuse for overindulgence or excess and that's what it seems to me."

According to British television Presenter Piers Morgan, Queen Elizabeth probably does not like it either. "We do not really have baby showers really in Britain," he shared. "The concept of a very extravagant party with a load of famous people turning to celebrate the arrival of a baby in a couple of months is not something we would do so the queen would be like, 'What is this?' To start with . "

Morgan also pointed out something similar to Burrell's point when it comes to royals and money:" The key thing about the royals is to be understated. We all know that they're royal, we all know that they're very wealthy. But the absolute number one rule is not rub the British people's noses in your wealth. "

On the other hand, though, Ingrid Seward, author of a 201

7 biography about Queen Elizabeth and Prince Philip's marriage, does not believe that Her Majesty has any problem with Meghan Markle throwing baby showers. "If she even knows about it, the queen will think," I'm delighted with the girl's enjoying herself. "

As Piers Morgan pointed out, baby showers are not exactly part of British traditions. As such, it is understandable that some media outlets and fans are confused or even quite appalled at such an ostentatious party for a royal family member, especially since the royals are rich enough to buy anything they could ever need for their child

However , baby showers are quite important for many American women who are expecting. Some might use the shower as a way for friends and family members to pitch in and buy gifts for their babies. Others simply see it as a way to gather loved ones together to celebrate a milestone in their lives. And it's clear that this was a part of Meghan Markle's American heritage that she did not want to give up.

Since she is a member of the British royal family with an American background, it makes sense that the Duchess of Sussex (who has the money for it) would have two baby showers to celebrate with friends and family who live on different shores of the pond. She was also an actress with many Hollywood connections, so it was inevitable that several famous celebrities were invited.