ISIS has lost its final stronghold in Syria, the Syrian Democratic Forces says 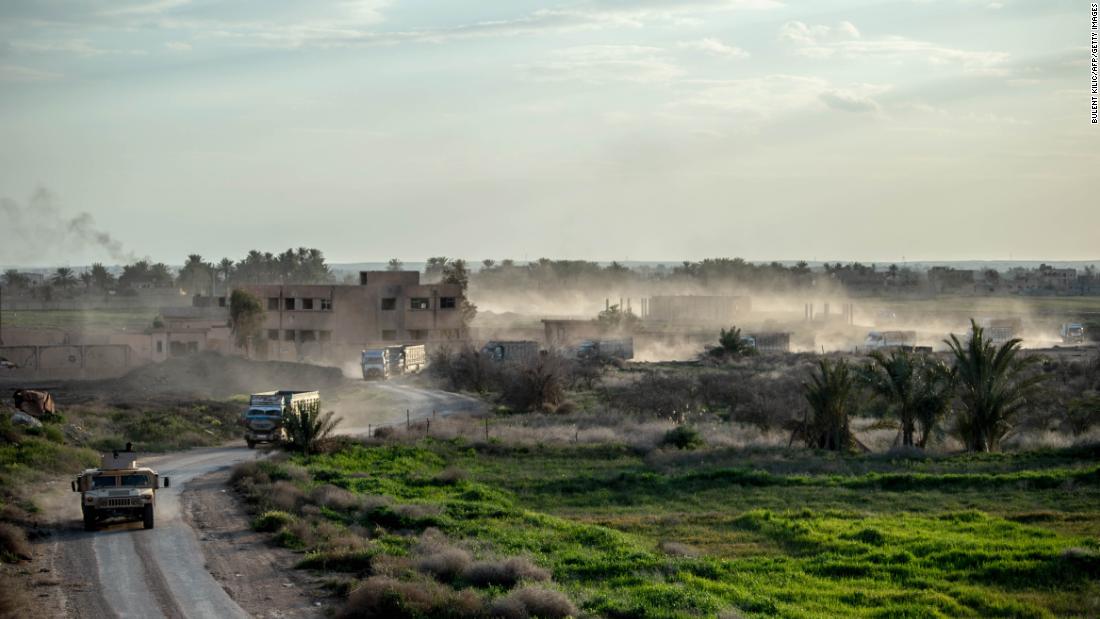 "Syrian Democratic Forces declare total elimination of the so-called caliphate and 100% territorial defeat of ISIS." On this unique day, we commemorate the thousands of martyrs whose efforts made the victory possible, "tweeted Mustafa Bali, head of the SDF press office.

At its peak, ISIS controlled a vast stretch of territory stretching from western Syria to the outskirts of the Iraqi capital of Baghdad. But the final battle took place in the past several weeks around the small and otherwise unremarkable Syrian town of Baghouz, on the banks of the Euphrates River

For weeks, US-led coalition airstrikes had pummeled parts of the city while fighters from the Syrian Democratic Forces (SDF) pushed forward on the ground.

Before the offensive began, SDF officials estimated that 1,500 civilians and 500 ISIS fighters remained, but as the assault got under it it became clear that the actual number was much higher. The final phase of the battle was delayed to allow thousands of civilians – along with foreign ISIS supporters – out of the besieged town.

The militants who mounted the last stand in Baghouz included some of the most battle-hardened and experienced personnel remaining in ISIS, and the wives and children of the fighters were used as human shields

SDF commanders told CNN that its fighters had faced a fierce resistance from the terror group, which slowed the offensive with snipers, improvised explosive devices improvised and heat-seeking races. The militants had also dug a network of underground tunnels that allowed them to move from house to house undetected.

The capture of Baghouz comes nearly three months after US President Donald Trump surprised America's allies – not least SDF forces on the ground – by declaring that ISIS had been defeated in Syria and announcing that US troops would be quickly withdrawn from country. The decision triggered the resignations of Defense Secretary James Mattis and the senior State Department official in charge of the anti-ISIS campaign.
the creation of a caliphate from the amphora of the al-Nuri mosque in the Iraqi city of Mosul.

At the group's height, 7.7 million people were estimated to live under ISIS rule, according to Operation Inherent Resolve (CJTF-OIR), the official name for the coalition fighting ISIS. Many of those people paid taxes, fees and fines to ISIS, which made up a large portion of the group's income.

In the years since, the group's annual revenue more than halved: from up to $ 1.9 billion in 2014 to a maximum of $ 870 million in 2016, according to a recent report by the International Center for the Study of Radicalization and Political Violence (ICSR) at King's College London.

Altogether, at least 41,490 international citizens traveled to Syria and Iraq to join ISIS, according to ICSR. And foreign fighters continued to arrive, undeterred – the coalition recently estimated that about 50 were arriving each month.

ISIS may have lost its last sliver of terrain in Syria, but the group is currently waging a fresh guerrilla campaign in far-flung territories of northern Iraq. And its black flag is still flown by affiliates in other corners of the globe, including Nigeria, Libya, Egypt's Sinai Peninsula, Afghanistan and the Philippines.

The US commander in charge of the war on ISIS said in February that he had disagreed with Trump's decision late last year to withdraw troops from Syria, saying the terror group was far from defeated.

Joseph Votel, the top American general in the Middle East, warned: "(The Caliphate) still has leaders, still has fighters, it still has facilitators, it still has resources, so our continued military pressure is necessary to continue go after that network. "

In mid-February, a new Pentagon report also appeared to reinforce the notion that total victory over ISIS was not on the horizon.

The report, the first of its kind since Trump, announced plans to pull all troops from Syria, also says "ISIS remains an active insurgent group in both Iraq and Syria"

"ISIS is regenerating key functions and capabilities more but the absence of sustained [counterterrorism] pressure, ISIS would likely resurge in Syria within six to twelve months and regain limited territory, "the report said.