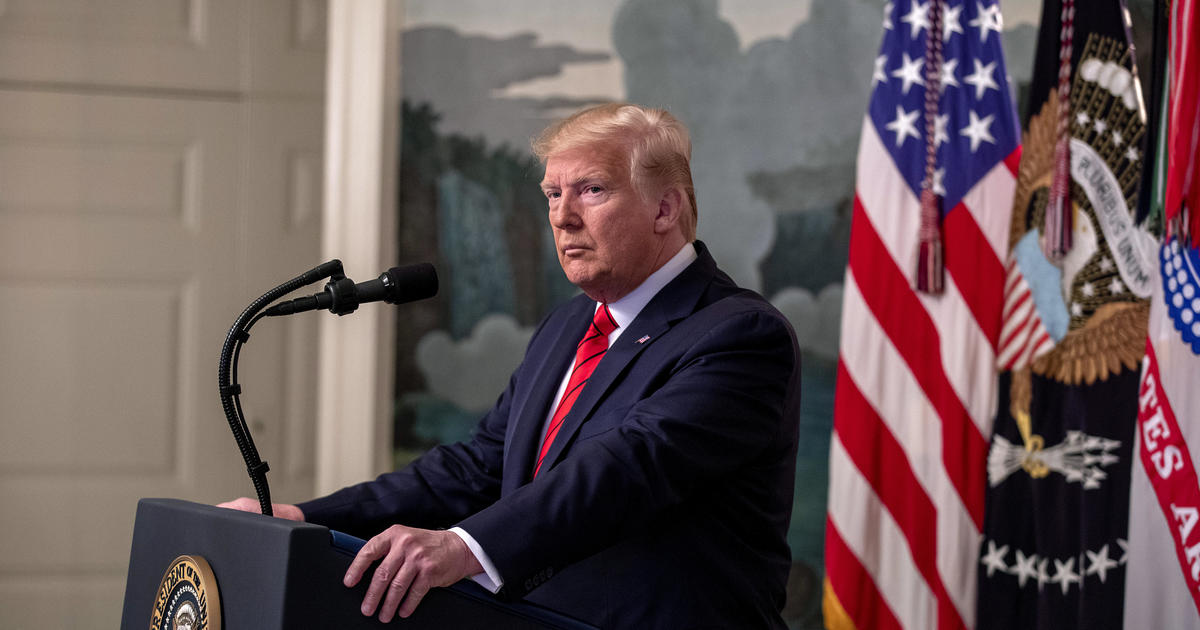 Washington – President Trump has stated that Abu Bakr al-Baghdadi the founder and head of the Islamic State in Iraq and Syria (ISIS), died in "bold and dangerous" attacks by US commandos in Sunday, ending a long-running march on the world's most wanted terrorist.

The President stated that he had observed much of the attack from the White House Situation Room, along with the Secretary of Defense and other senior military and national security officials.

In "Face the Nation," Vice President Mike Pence stated that it was "incredible" to be able to watch the operation "in real time."

Trump said US special operations forces in eight helicopters flew more than an hour from an undisclosed location to reach the junction in northwestern Syria. US officials say the forces are from the Delta Force's elite army. They smashed the walls and were met with a rifle, killing "large numbers" of enemy fighters in the ensuing gun battle that lasted more than two hours, according to the president.

After the soldiers cleared the compound, Al Baghdadi fled into a "dead end tunnel", bringing his three children with him. While pursuing K-9 units, Al Baghdadi blew up a suicide vest, killing himself and the children. Mr Trump said al-Baghdadi was "whining and crying and screaming all the way."

The president stated that US operators were able to verify al-Baghdadi's identity through DNA tests at the site, noting that his body had been ruined and badly mutilated.

Members of US services were not killed in the attack, but one dog was injured, Mr Trump said. Defense Secretary Mark Esper told ABC this week that two service members have suffered minor injuries but are already on duty. The president said the troops involved "accomplished their mission in grand style" and collected a wealth of sensitive intelligence related to ISIS.

The president stated that al-Baghdadi has been under surveillance for weeks and often changes his location to avoid detection, Mr Trump said he first learned of this particular operation three days ago.

Mr. Trump said he had not previously informed congressional leaders, including House Speaker Nancy Pelosi, about the attack, fearing it would leak publicly. Pelosi asked the administration to inform the deputies of the attack.

"The House must be informed of the raid, which the Russians, but not the top Congress, were informed in advance of the overall strategy of the administration in the region," she said in a statement Sunday. In his message, Mr. Trump thanked Russia, Turkey, Syria and Iraq for their assistance in the operation, as well as for the Syrian Kurds.

However, leaders on both sides of the aisle welcomed the news of the terrorist leader's death, praising the US Army and the intelligence community. They also warned that the death of al-Baghdadi does not mean the end of the fight against ISIS. The group lost its last strip of territory in March, but has approximately 14,000 to 18,000 members remaining in Iraq and Syria, with another 12,000 prisoners in prison. The assassination of al-Baghdadi comes three weeks after the president announced that he would withdraw troops from northern Syria. The Pentagon said last week that some US forces will be reassigned to in northeastern Syria and strengthened to protect oil fields in the region.

On Sunday, the president said that the current cataclysms in the region are not related to the decision to launch the operation.

"No, the download has nothing to do with it. We actually found this out at a similar moment, it's a very good question because we found it at the same time," Mr Trump told reporters.