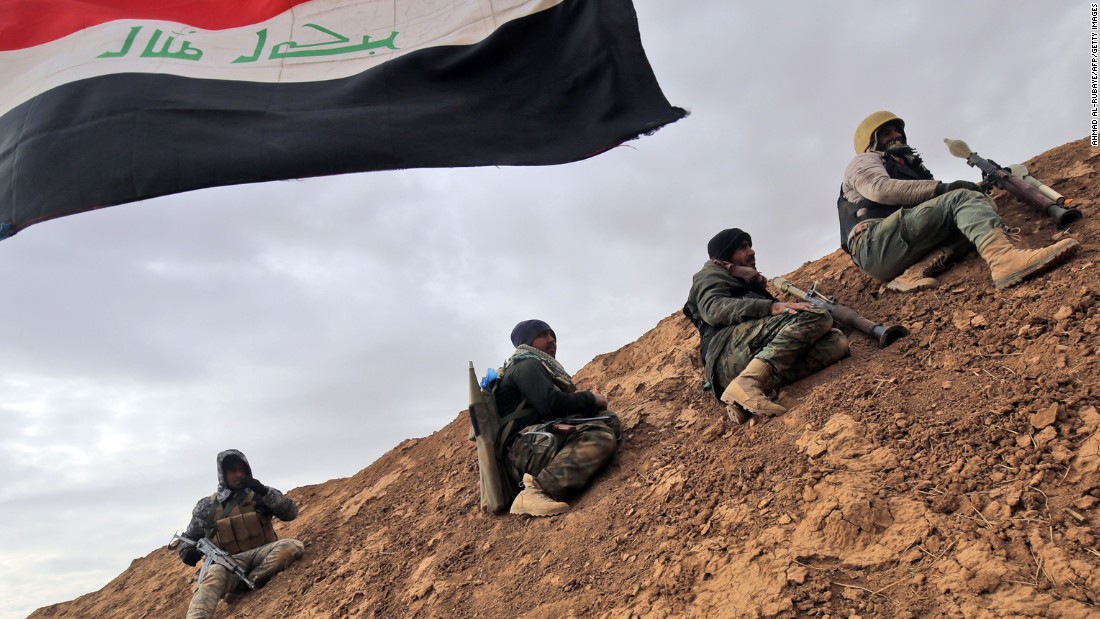 The strike, believed to be Israel's first in Iraq in decades, is likely to target police groups that have close ties with Iran.

Officials add that the US is looking at several possible scenarios, which could include Iran or its

US has about 5,200 troops in Iraq, where they are helping Iraqi forces combat ISIS debris.

The United States denied formally saying whether Israel had participated, but denied any responsibility for the strike, saying Iraq's sovereignty should be respected.

Several other military equipment belonging to Iran-backed groups in Iraq have also been shaken by a series of explosions, but at the time, the US believes that Israel is responsible for only one of those blasts, officials told CNN [1

9659006] that several other scenarios could cause other explosions, including bad practices regarding the storage of ammunition and explosives.

The Pentagon denied any involvement in the explosions that occurred in facilities and military camps linked to a militia group known as the Iraqi People's Mobilization Force, many of which are backed by Iran.

Asked about Israel's ability to stand behind one of the strikes, Pentagon spokesman Cmdr. Sean Robertson said: "We support the sovereignty of Iraq and have repeatedly spoken out against any potential actions by neighbors that could lead to violence in Iraq. Iraqis have the right to control their own ant security and protect their democracy."

US accusation debates at the US Embassy in Baghdad were summoned by Iraqi Foreign Minister to discuss the incident, an Iraqi diplomat told CNN, adding that Israeli strikes and US knowledge of them were a potential change in US play and Iraq

However, a US State Department official denied the US diplomat being summoned, saying the meeting had been scheduled in advance and had met "to discuss various issues".

The Iraqi government also issued new restrictions on the use of Iraqi airspace by the explosions, regulations that affected the US-led military coalition fighting ISIS.

Israel has publicly admitted that it carried out air strikes against Iran-related targets in Syria, but does not yet acknowledge that it participated in air strikes in Iraq.

Israeli Prime Minister Benjamin Netanyahu has refused to confirm – or overthrow – suggesting that in recent weeks Israel has been responsible for a series of unexplained attacks against police targets in Iraq.

Asked during an interview on Israeli TV Channel 9 on Thursday whether Israel conducts operations in Iraq, Netanyahu, who also plays the role of the country's defense minister, replied: "We are operating in many arenas against a country that seeks to destroy us. "Of course, I have given the security forces freedom and instruction to do whatever it takes to thwart Iran's plans." [19659002] Describing the threat, the Israeli leader accused Iran of "trying to set up bases against us everywhere, in Iran itself, in Lebanon, in Syria, in Iraq, in Yemen."

"I am not giving Iran immunity anywhere," N added ethanyahu.

Andrew Kerry and Mike Schwartz of CNN contributed to this report.