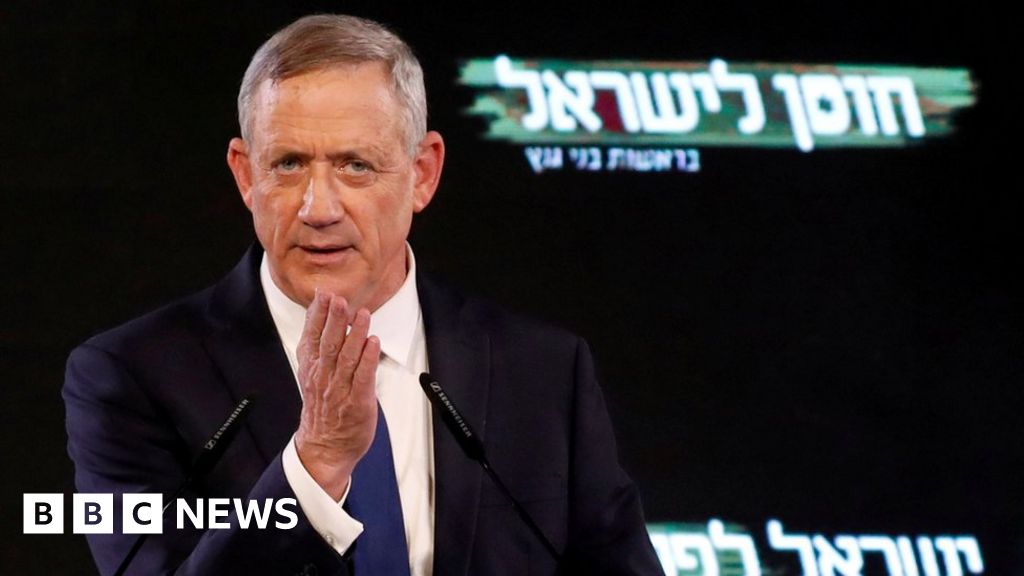 Last week's election put Mr Benjamin Netanyahu in the neck and neck with Mr Ganz, and the two are now seeking to form a government.

The joint list, the bloc of Arab parties that came in third, says it wants to expelled Mr. Netanyahu from power.

This is the first time since 1

992 that an Arab political group has approved the prime minister.

This was Israel's second general election of the year. After the first in April, coalition talks collapsed and a short poll was called.

In the face of yet another stalemate, Israeli President Riven Rivlin recommended that the new government include both the Blue and Blue Unions of Mr. Gantz and Mr. Netanyahu Likud's party.

Mr Rivlin said he would do everything possible to avoid a third General Election in Israel this year.

Aimen Ode, leader of the Joint List, told President Rivlin that the Union's priority was to prevent Mr. Netanyahu from serving another term.

Joint ballot won 13 seats in the election. If Mr Gantz receives the approval of all 13 seats, he would still be short of the 61 seats required for the majority in the 120-seat legislative system.

This is a significant exercise of political power by Palestinian citizens of Israel.

President Rivlin consults with party leaders, who should be asked to lead the country after last week's unconvincing election results. The Arab parties have performed strongly, becoming the third largest power in the legislature.

Supporting them will not give the majority to Benny Ganz and his Blue and White alliance, but will give him impetus in the negotiations over who gets the first chance to form a government.

The leader of the Arab group, Ayman Ode, said he did not support Mr Ganz and his police, but was trying to block Benjamin Netanyahu from securing another term and sending a clear message that Israel's future must include a full and equal participation of its Palestinian citizens.