Therefore, only public intervention can save Alitalia 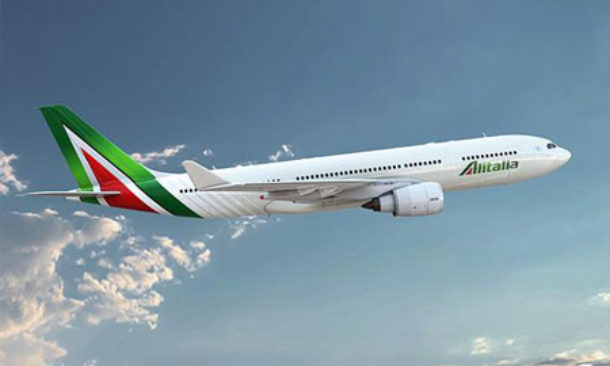 Rome, June 16 – After another delay, arriving yesterday for the presentation of Alitalia's offers, the name door opens again to play the game to the fate of our company. A table, according to rumors, is now very crowded. And where the only strong partner who can save the carrier, namely the public, seems increasingly to the mercy of the events.

Following the provision of a 900 million bridge loan in 2017, some mystery falls on Alitalia's real accounts. Slightly black on white numbers, very partial reconstructions. These are important figures (and red ones). 200 million losses in 2015, nearly 500 in 2016, more than 600 in 2017 have fallen to just over half a billion last year when revenue has returned to more than 3 billion. And they continue to grow : + 2.6% in the first months of 201

The care of the commissioners seems to be felt in a nutshell. Insufficient to declare Alitalia for the shallows when Etihad's experience left him, but enough to see a flash of light at the end of the tunnel.

In a framework that, from the point of view of governance, let us think of examples of blocked investments: the commissioner's management is not allowed to perform – it is still grim, it must be even worse, if possible, looking into future perspectives.

The only discussions about Alitalia, so far, actually go around the structure of ownership that will take over its business. On the one hand, we have Ferrovie dello Stato with 30% and the Ministry of Economy is ready to turn the loan loan into shares by 15%. Of the other Delta Airlines, ready to enter another 15%. The rest? Mystery. Talking about Atlanta, which intends to put on the white cloak of the rider who saves Alitalia and in return gets guarantees for motorway concessions. But there is also a semi-serious offer of Claudio Lotito, along with the revived group of TOTO.

Many names, big absent. There is much talk about the balance between the upcoming shareholders and the related interests, but not mentioning what Alitalia really needs. Do not know how the structure of shareholder participation in the future will be structured, but understand what the big company wants to do .

What has been missing all these years is an industrial plan to give Alitalia the tools to compete in the terrible air transport market. Noting the inability to compete with low-cost airlines in the short run instead of investing to return to the protagonist on these intercontinental routes which still guarantee good profitability. this is easy. And above all, this requires a budget for the renewal of a now inadequate fleet . Investments are needed to renew it, drawing attention from European national routes to those in North and South America, Asia and Africa. Where the various Ryanair and EasyJet arrive

We are talking about investments of the order of billions of euros – because long-distance airplanes cost 200 million each that neither the railways, nor Delta nor Atlantia can guarantee or want). But at the same time, this is the only way to save Alitalia's fates. A way that can only be guaranteed by large-scale public intervention

. The last call before finally quitting the tricycle of tail fins.

Alitalia, a decisive day. Atlanta is not on board the FS board