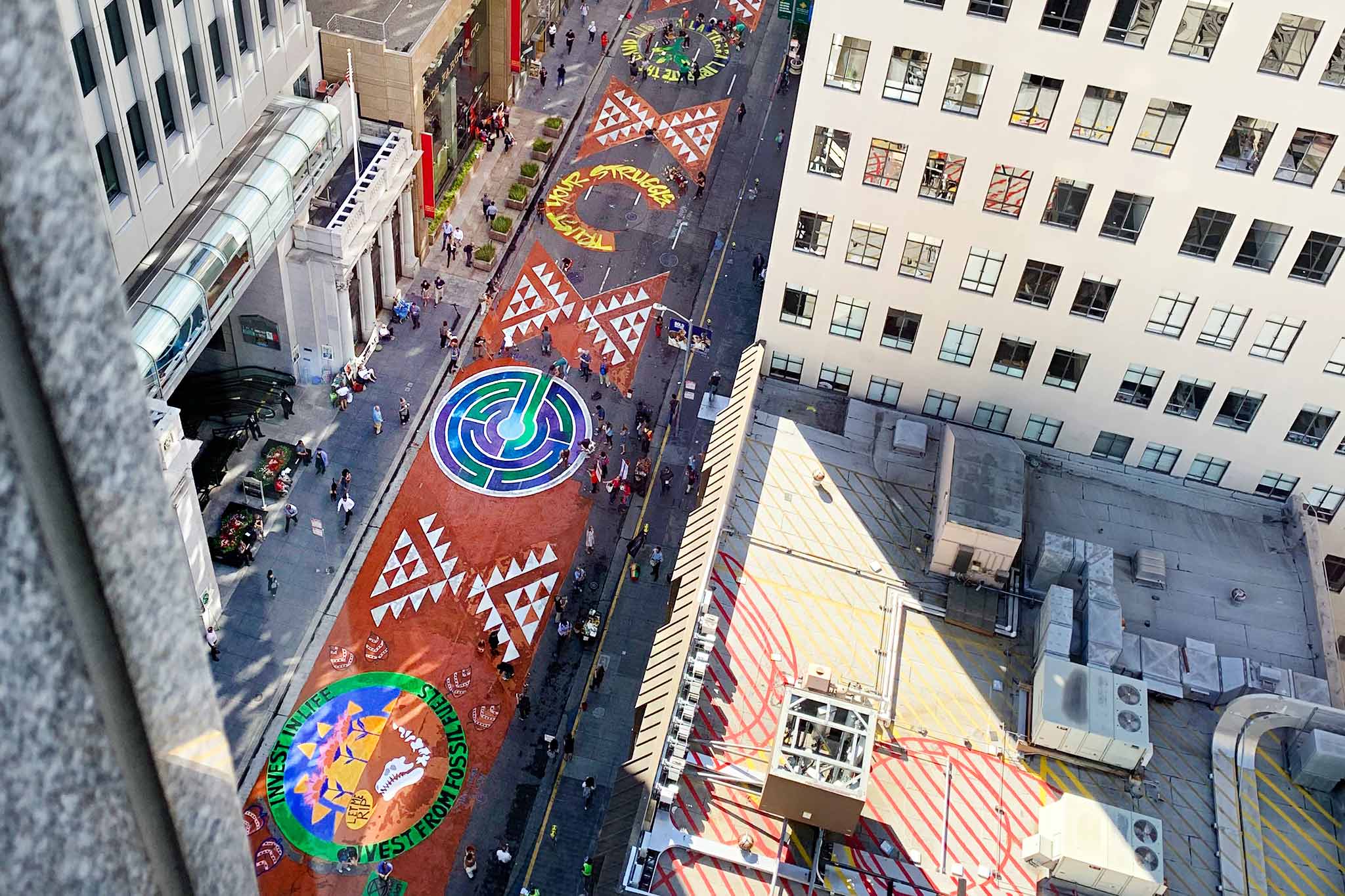 Climate activists protesting "Impact for Climate Justice" painted a two-block section of Montgomery Street in San Francisco with a mural on September 25, 2019.

Climate activists with the inscription "Protest Strike for Climate Protest" "painted a two-story stretch of Montgomery Street in San Francisco with a mural on September 25, 2019.

Climate activists paint Wednesday on two blocks on Montgomery Street in San Francisco, Wednesday, creating stunning murals of color and color. [19659011] The mural is part of a protest called a "climate justice strike" that has taken over the Financial District and calls for urgent action on climate change and requiring companies to stop supporting the fossil fuel industry.

"The mural was painted on a street bounded to the curb the entire width of Montgomery Street between Sacramento and Pine Streets, – Mary Spadaro observing the mural drawn from her office in the Montgomery building." That's pretty mature. . Someone had to plan it very carefully and measure it. It's amazing how quickly they drew this. "

The mural has 14 separate designs, each aimed at presenting a vision for a" sustainable, sustainable and safe world needed for survival ", according to the Climate Justice Impact website "

The demonstrations began at 7am and are expected to continue until 5pm. At least four major intersections will be blocked throughout the day and motorists are advised to avoid the Financial Quarter.

In addition to painting the mural, protesters blocked traffic and stood outside the banks with signs demanding that banks get rid of the fossil fuel industry and only invest in companies focused "on technologies that have green refurbishment," according to KRON-TV.

The protest comes after the World Climate March on Friday, led by the young choir well, with thousands of students going down Market Street.

Amy Graf is a digital editor for SFGATE. Email: agraff@sfgate.com