Ivermectin: The FDA warns against using a drug to treat or prevent Covid-19 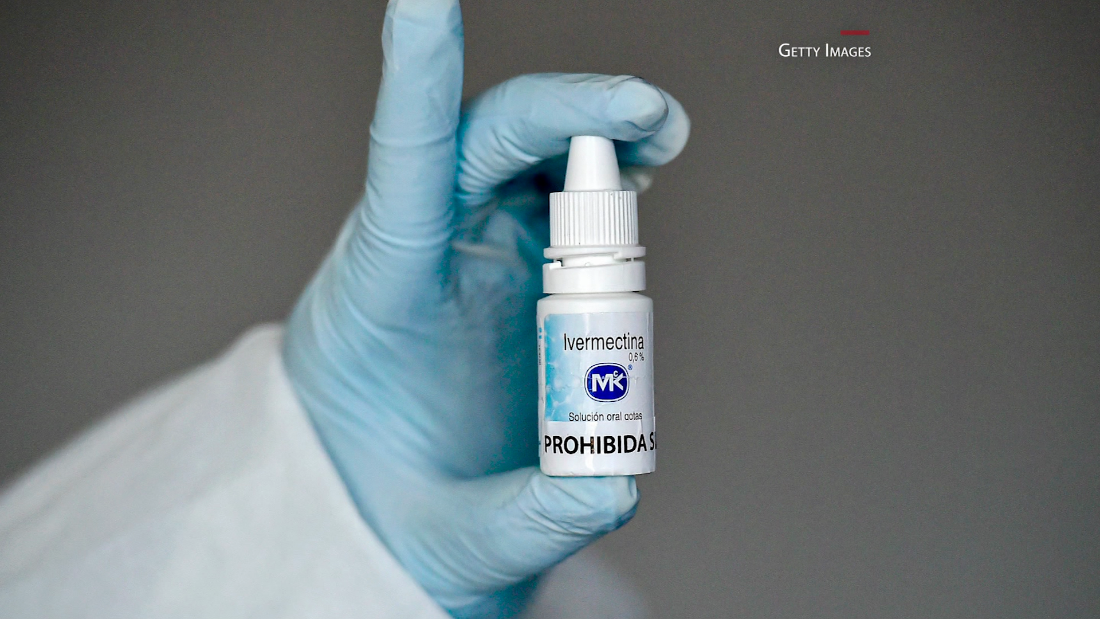 “There seems to be a growing interest in a drug called ivermectin for treating people with COVID-19. Ivermectin is often used in the United States to treat or prevent parasites in animals. The FDA has received numerous reports of patients in need of medical attention. support and was hospitalized after self-medication with ivermectin, intended for horses, “the agency said in a statement on Friday.

The report states that the FDA has not approved ivermectin for the treatment or prophylaxis of Covid-19 in humans and the drug is not an antiviral drug.

“Taking large doses of this drug is dangerous and can cause serious harm,” the statement said, noting that even levels of ivermectin approved for other uses may interact with other drugs, such as blood thinners.

“You can also overdose on ivermectin, which can cause nausea, vomiting, diarrhea, hypotension (low blood pressure), allergic reactions (itching and hives), dizziness, ataxia (balance problems), seizures, coma and even death.”

The announcement comes just a day after a new study published in the medical journal JAMA found that ivermectin did not appear to “significantly improve” the time it took to improve symptoms in patients with Covid-19.
In January, the National Institutes of Health’s guidelines for treatment said there were not enough data to recommend for or against the drug for the treatment of patients with Covid-19.
The drug is a cheap drug with anti-inflammatory properties and seems to have stopped the virus from reproducing in laboratory tests – but more research is needed to determine how the drug performs against Covid-19 in real life.

In a JAMA study in Cali, Colombia, nearly 500 adults with a mild illness who had symptoms for seven days showed up to help test the drug. The sample is what is known as a double-blind randomized control study, the gold standard of the experiments.

Half of the volunteers received the drug for five days, the other half received a placebo and standard care. Patients were included in the study between July 2020 and November 2020 and were followed by doctors until December.

At the end of the study, there were almost the same number of adverse events – mostly headaches – in both groups of volunteers. Patients who receive the drug say that their symptoms disappear by 10 days. For the placebo group, these were 12 days.

Two days is not considered a “significant” improvement.

“The findings do not support the use of ivermectin for the treatment of the drug COVID-19,” wrote the researchers based in Colombia. The study adds that larger studies may be needed to better understand whether ivermectin provides any other benefit to patients with Covid-19. In this case, the study focuses on symptoms and mild illness.

99.992% of fully vaccinated people avoided COVID, according to CDC data