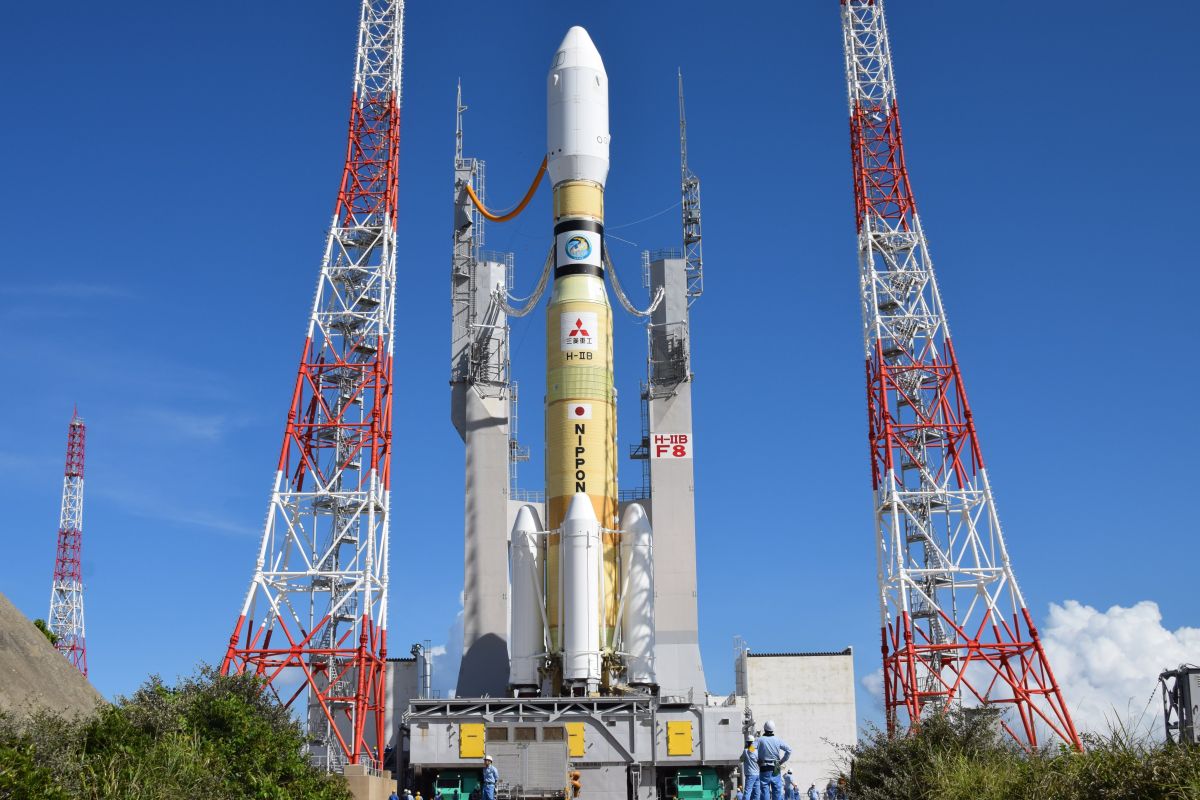 An unpiloted Japanese supply ship will launch at the International Space Station today (Sept. 10) and you can watch it leave Earth live courtesy of NASA and the Japan Aerospace Exploration Agency (JAXA).

The robotic spacecraft HTV-8 (also known as Kounotori8) will launch toward the space station from the Tanegashima Space Center in southern Japan at 5:33 p.m. EDT (2133 GMT). It will be 6:33 a.m. local time Wednesday at the launch site. You can watch the launch live on Space.com's homepage via NASA TV at 5 p.m. EDT (2100 GMT). JAXA is offering its own webcast here beginning at 5:07 p.m. EDT (2107 GMT).

The HTV-8 is hauling more than 4 tons of supplies to the International Space Station for the outpost's six-person crew. By coincidence, the mission is launching on the tenth anniversary of JAXA's first-ever HTV launch in 2009.

"Named Kounotori, meaning white stork in Japanese, the craft will deliver six new lithium-ion batteries and corresponding adapter plates that will replace aging nickel-hydrogen batteries for two power channels on the station's far port truss segment, "NASA officials said in a statement. "The batteries will be installed through a series of robotics and spacewalks by the station's crew members later this year."

The spacecraft is also carrying a small, experimental satellite optical communication system called SOLISS, the Hourglass experiment to test the effects of gravity on powder and granular material and an upgrade for the station's Cell Biology Experiment Facility, NASA officials added.

Each HTV spacecraft has an internal compartment to allow astronauts to unpack cargo inside the station, and an external payload area for equipment like the new solar array batteries, which are destined for the station's exterior. At the end of their missions, HTV vehicles are packed with unneeded items and released to burn up in Earth's atmosphere.

If all goes well, HTV-8 will arrive at the space station early Saturday (Sept. 1

4) to be captured by astronauts using the station's robotic arm. The spacecraft will then be attached to an available docking port on the station's Harmony module.