قالب وردپرس درنا توس
Breaking News
Home https://server7.kproxy.com/servlet/redirect.srv/sruj/smyrwpoii/p2/ US https://server7.kproxy.com/servlet/redirect.srv/sruj/smyrwpoii/p2/ Jeff Merkle says he has asked the FBI to investigate the DHS secretary for perjury because he is "sick and tired of the fact that this administration lies" 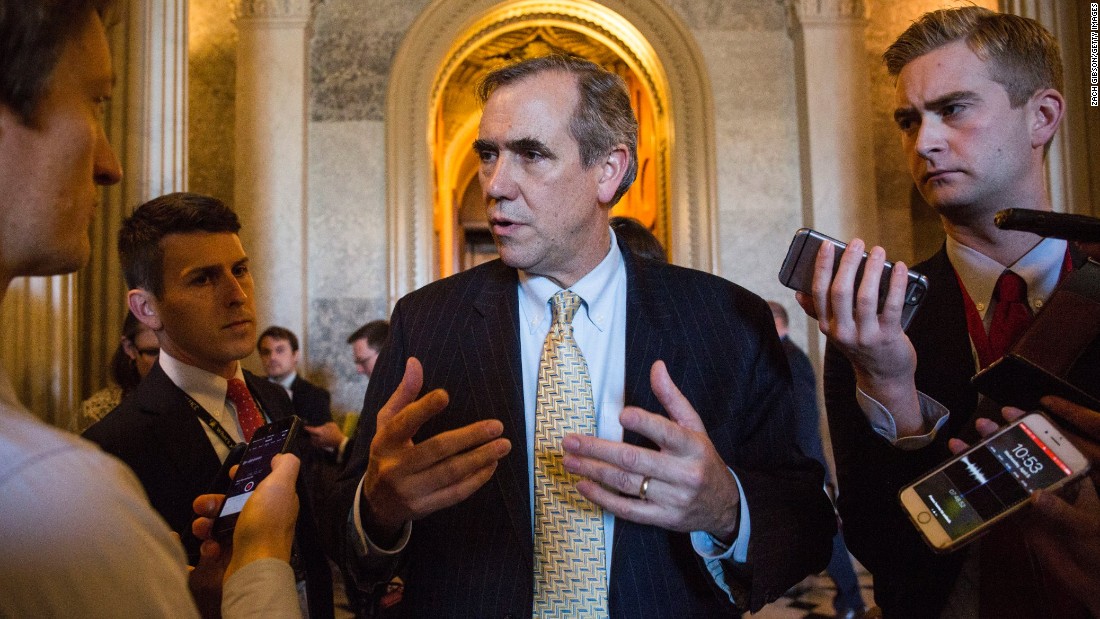 "I'm just sick and tired of this administration that lies on the American people, lying about Congress, doing it under oath," he told Jon Berman of CNN's New Day.

On Friday, Merckles asked the FBI to investigate Nilsen a day after issuing a draft note indicating that the Trump administration was drafting a policy for separating families held at the US-Mexico border as early as December 2017. Both the administration and Nielsen have repeatedly said that there is no policy to separate families. Merklee said Nilsen made the same statement when he testified before Congress last month. "I'm writing to ask for an inquiry to determine whether Homeland Security Secretary Kirstyn Nielsen has perpetrated witness testimony before the Judicial Council on December 20, 2018," Merckley wrote in her request to the Director the FBI Christopher Way. "New evidence has emerged revealing that high-ranking officials from the Department of Homeland Security secretly and actively developed a new policy and legal framework for family breakdown as early as December 2017."

Merckles noted that the FBI had not yet responded to his request, but said that "this is the official, correct way to initiate a FBI referral for an investigation into perjury."

In a statement delivered to CNN last week, Katie Waldman, a DHS spokeswoman, said: "As Minister Nielsen has said publicly and has testified many times, DHS never had a common policy to divorce families in custody."

"What is this preliminary, preliminary discussion note – as well as before the expiry of preliminary decisions, pre-deliberative documents – shows that the secretary has been provided with a set of options to prevent the humanitarian crisis that we predicted at that time, "Secretary Nilsen specifically rejected the political proposal to separate all family units in the prison of the DHS."

Walden also said in a statement that the administration's policy "was" Wildly repeatedly to members of Congress. "

target Alvarez and Geneva Sands from CNN contributed to this report.