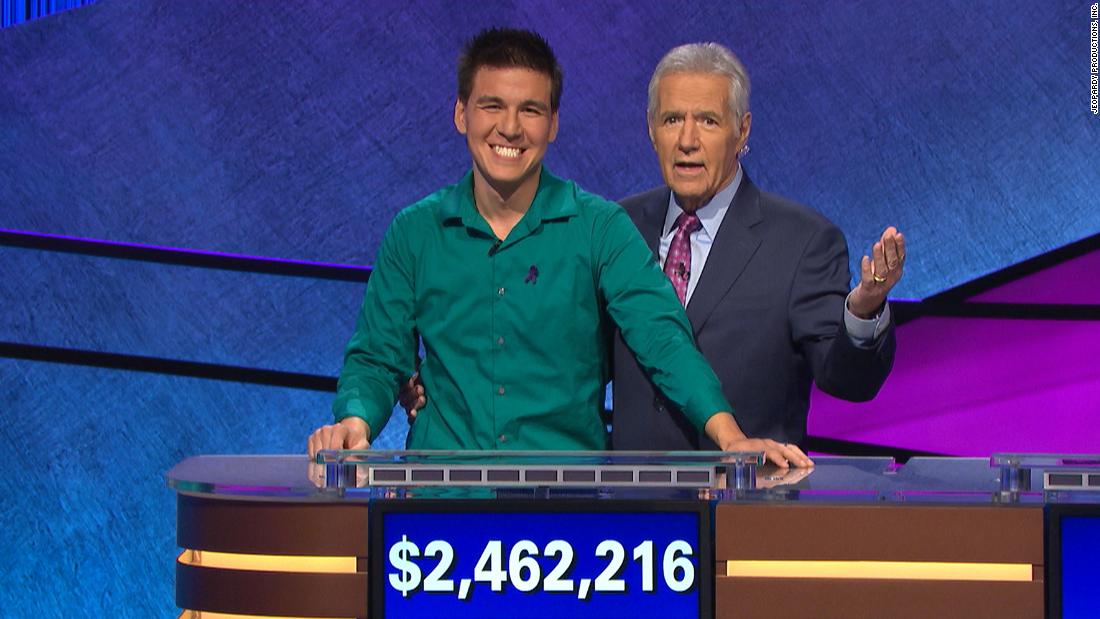 And he did so in Alex Trebek's name.

Here's how it happened : During what would be the contestant's final episode, Trebek praised Holzhauer's daughter for a handmade card. "I want to express my thanks to your beautiful little daughter, Natasha, for making this get-well card for me," Trebek said at the beginning of the show. "It was very sweet of her."

Ann Zediker, a resident of Holzhauer's former town and fundraiser in the walk, told CNN that she was watching the show, and aware of Holzhauer's connection to Naperville – the champ is a former resident – decided she would reach out and invite him to the 2019 Naperville Pancreatic Cancer Research Walk on July 14.

"I had nothing to lose," Zediker, who lost her father in 2010 pancreatic cancer, told CNN. "My heart told me it was the right thing to do."

Holzhauer told her he would not be able to participate in the event. However, he sent her a donation for $ 1,109.14. Holzhauer wrote the message, "For Alex Trebek and all the other survivors."

At first, Zediker was confused by the dollar amount. But it's dawned on her – the number represented his daughter Natasha's birthday.

"There was no expectation on my end," she told CNN. "I knew that Alex's story had an impact on him, just like it has an impact on anyone who works with a family member who is going through pancreatic cancer."

The walk is organized by the Lustgarten Foundation, which is the largest private funder of pancreatic cancer research. Pancreatic cancer has one of the lowest survival rates, and is an extremely difficult disease to overcome