Jewish graves were polluted near Strasbourg in eastern France 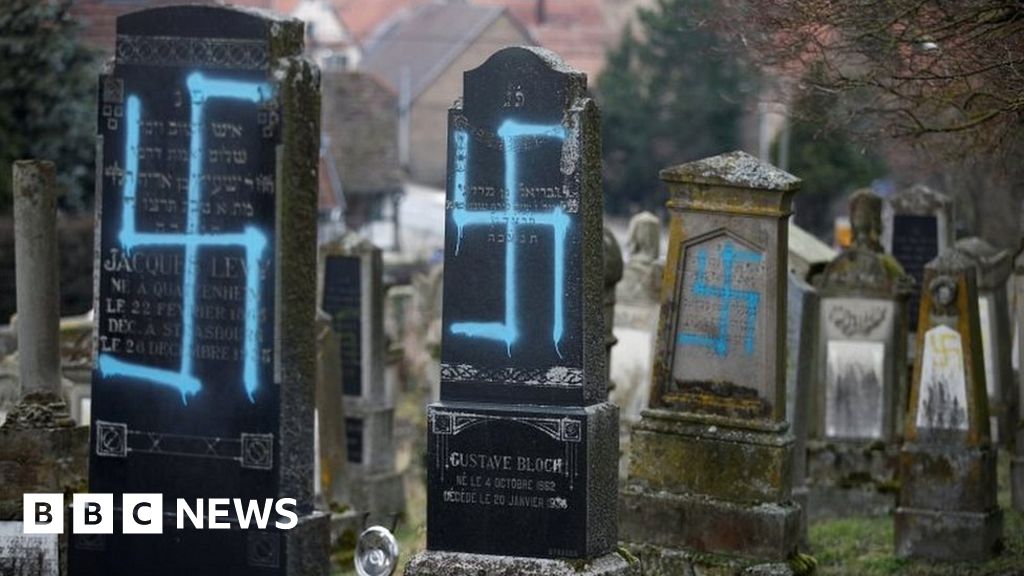 About 80 graves are defiled at a Jewish cemetery in eastern France, local authorities said.

The damage was detected on Tuesday before national marches against the rise in anti-Semitic attacks.

President Emanuel Macron condemned anti-Semitic abuses after being targeted at a prominent intellectual.

The police stepped in to defend philosopher Alain Finkilkraut after being bombarded with insults and anti-Jewish mockery by a group of protesters "yellow vests" in Paris at the weekend.