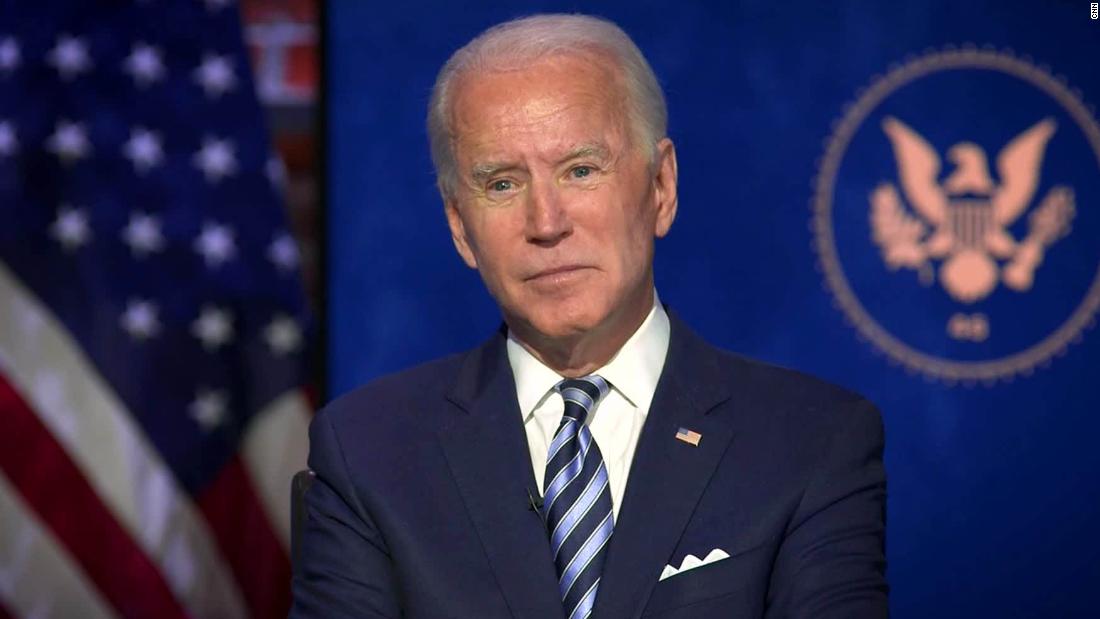 Speaking with newly elected Vice President Kamala Harris to CNN’s Jake Tapper during their first joint interview since the election, Biden was asked how optimistic he could be about working with the Senate, which is currently controlled by Republicans.

“I say that tactfully,” Biden said. “There were more than a few sitting Republican senators who called me in private and greeted me.”

“And I understand the situation they are in. And until the elections are clearly decided in their minds – where the electoral college votes, they are put in a very difficult position,” he added.

Asked if he thought more GOP senators would publicly acknowledge his victory after the Election College vote on Dec. 1

4, Biden said: “At least a significant part of the leadership.”

Biden, who served in the Senate for decades before being elected vice president in 2008, said he did not know if that would change everywhere, noting that many of the senators he served were no longer in his post.

While President Donald Trump continues to insist on baseless allegations of voter fraud in the weeks following the election, Republican President’s allies are largely silent about Biden’s victory. Chief among them is Senate Majority Leader Mitch McConnell, who said last month that Trump had the right to take his case to court.

Earlier, CNN reported that Democratic Sen. Chris Koons said some Republican senators had asked him privately to greet Biden on their behalf.

“They call me to say, ‘Congratulations, please pass on my good wishes to the president-elect, but I still can’t say it publicly,’ Koons told CNN’s Alisyn Camerota in New Day.