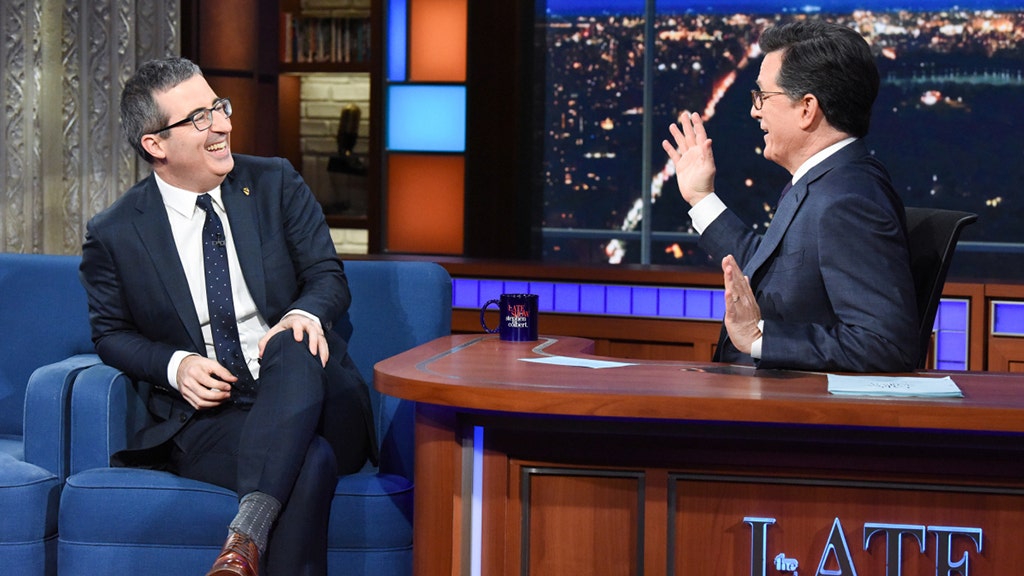 Later show with Stephen Colbert and guest John Oliver during the show on February 11, 2019, on Monday. Photo: Scott Kovalchik / CBS

Stephen Colbert's "Late Show" crowd does not like what they heard on Monday night. "I feel good" to get into the last two years of Donald Trump's presidency.

Oliver, whose last week's HBO show returns this week, said, "I definitely do not have such optimism, let's say we are half of his chairmanship, I think we should ignore the concept of the possibility of a second term

"We are two to six years from the end of his presidency."

To say that we are half of his chairmanship, I think we should ignore the concept of the possibility of second term

"We all have something to strive for … We all have a final line like in a marathon that we can all try to stumble, be covered with a silver nose and someone to say you really should not do it. "

Colber wrapped up Trump's part of the interview, wondering if the most important thing is Hin is to" stay alive until January 21, 2025, "to which Oliver replied:" I think that's what we all we have to do, all of us, especially Ruth Bader Ginsberg. "

The Late Show & # 39; he arrives with Roger Stone's arrest with "COPS" -STYLE PARODY

The opportunity to joke with Trump for his show is a "gift."

Colbert is also not strangely mocked by the president and recently blamed Trump in "Folding as Origami Swan" in Border Funding Talks.

In a monologue last month, Colbert quoted the Wall Street Journal as quoting the president that he doubted he would agree Within three weeks, there was nothing less than $ 5.7 billion for the wall.

"So just to be clear," said Colber during his monologue. "He does exactly the same suggestion backed by the same threat, but somehow awaits different results. Well, you know what they say, the definition of madness is Donald Trump."