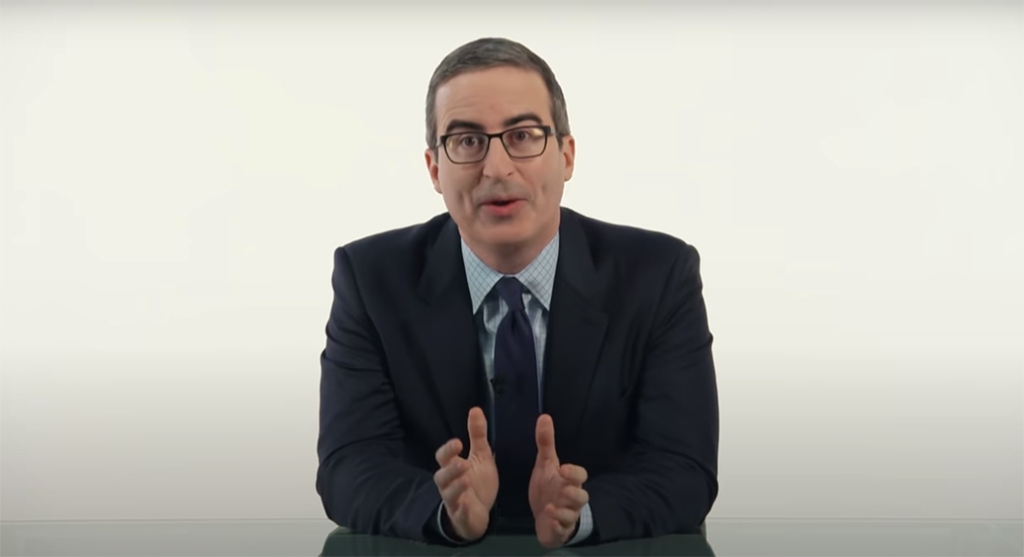 As John Oliver pointed out Last week tonight, as usual, the week was busy, especially with the events leading up to last Thursday’s presidential debate between Donald Trump and Joe Biden. In particular, he focused on Trump’s wild week, which contributed to an even wilder October.

In addition to the positive test for COVID-19, news of Trump’s dubious tax records is hovering over him – and this includes recent findings about an unknown bank account in China. All of this is offset by the possession of FBI texts and emails from what Trump calls “Hunter Biden’s laptop from hell.”

Text messages and emails describe some of Hunter Biden’s business deals, but as Oliver points out, there are many red flags, including the fact that New York Post the reporter who wrote it did not put his name on it and, the biggest red flag of all, Rudy Giuliani served as a press guide for this story. Only last year, the White House marked Giuliani as the target of a Russian intelligence operation to disinform Trump.

Donald Trump touched on a 60-minute interview, but the show got the final word

Oliver said Giuliani’s ability to detect fraudulent information was, at best, “not great.” He is so “technologically illiterate” that he recruited a reporter in the back and more than once left voicemail and uploaded footage mocking Asians on YouTube. Only this week did he make a cameo at the latest Borate a sequel where he is seen helping a young woman (who plays at the age of 15 in the film) take off her microphone. In the same scene, Giuliani appears to have put his hands on his pants.

“Any information that Giuliani transmits must be treated with extreme care,” Oliver said.

All this led to the debate on Thursday night, which many reporters found as a relief. One reporter commented that it was “spiritual, but still civil”, while another mentioned, “no one set himself on fire”. Oliver commented that based on the first debate, the bar was set low.

However, Trump continued to issue misinformation, saying that the country is “rounding the corner” when it comes to coronavirus (which we are not) and said that wind turbines kill all birds (which they do not). Trump also responded to Biden’s climate policy with “if you don’t have a window, it would be a wonderful thing” – which Oliver simply called a “strange thing to say.”

Then Trump said he was “the least racist person” in the room. Oliver immediately commented, “This is strange for many reasons.” The biggest reason was that his family was literally in the room. “He effectively throws them under the bus,” Oliver said.

Oliver goes on to say that when people say that Trump had “his best behavior” on Thursday night, that’s actually true. He assesses this, saying: “His best behavior is still absolutely appalling, because even when the bar is so low that it practically doesn’t exist … the unshakable fact is if you don’t put the tape on” no one has caught fire “Trump will always find a way to disappoint. “

a pop star reborn as a rock’n’roll

Kendall Jenner shares tips for those struggling during Thanksgiving