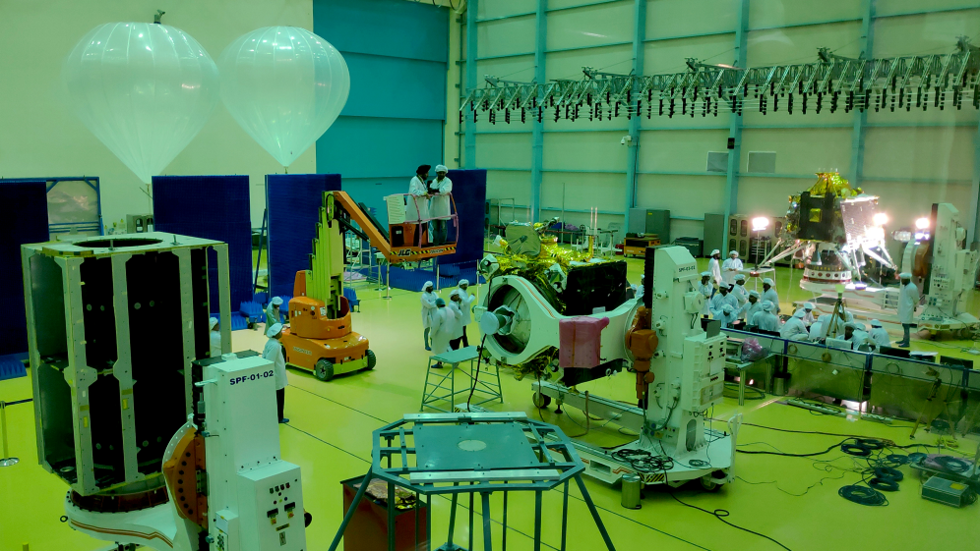 Beijing's offer to work together with New Delhi to explore the Moon could boost bilateral relations and foster an international initiative to counter Washington's unilateral ambitions in space, analysts told RT.

India's second lunar mission, Chandrayaan-2, blasted off from the Sriharikota space station on Monday. After the successful launch, Chinese Foreign Ministry spokesperson Hua Chungying announced that Beijing was ready to work with India and other countries to explore space

China's own mission, Chang'e-4, successfully reached the far side of the Moon in January. Chungying believes that the joint work would promote a "shared mission of humankind" aimed at learning more about the moon and beyond


This offer could be a way for Beijing to rebuild relations with New Delhi and prevent Washington from securing a monopoly on the Moon or space in general, analysts believe. Preparing Joint Missions in Space is a "very complicated" undertaking, Dr. Kai-Uwe Schrogl, President of the International Institute of Space Law, told RT. As such, the Chinese offer is more of a diplomatic overture than a concrete, ready-to-execute proposal.


"This is not a possibility of the two nations working together in space in the future, When you have strains in relationships, you are looking for areas that are open for cooperation. One is culture, the other is science, " Schrogl said. "I think it's a logical move from China if they want to have better relations with India, that they propose activities in those fields."

Dr. Ram S. Jakhu, professor of international space law at McGill University, thought similarly, noting that the invitation "eventually could or would lead to joint ventures."

Countering the US in Space?

"Both China and India could also be interested in working together to preempt the US who [alsointendstotraveltoMoonagainverysoon" Bruce Gagnon, Coordinator of the Global Network Against Weapons and Nuclear Power in Space, said:

Also on rt.com
The United States wishes to establish a base on the Moon which could be used to exclude others. ] Weaponizing space & dreams of new tech: US missile defense review in a nutshell


"India is probably recognizing its future will be brighter by working with a growing China rather than declining US. "

International cooperation in space, Gagnon noted, is important to help prevent militarization of the cosmos. He cited the UN's Outer Space Treaty and the Moon Treaty, which states that "the planet's bodies are the province of all humankind."