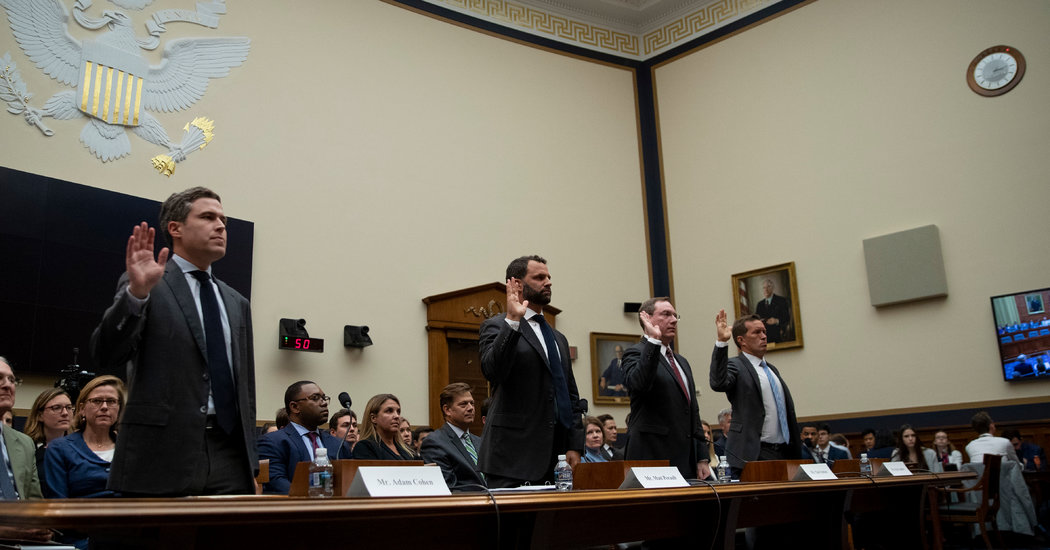 The federal government has turned its full investigative powers on examining the world's largest technology companies, building on a backlash against the industry that has been growing for over a year. antitrust review into how powerful internet companies had accumulated market power and whether they had acted to reduce competition.

The Justice Department did not name specific companies in a news release announcing its review, but noted that it would look in pressure on social media and some retail services – presumably putting Google, Facebook and Amazon on notice.

The pressure on tech giants has ended decades of deferential treatment towards the industry. In the Congress, the House Judiciary Subcommittee on Antitrust is holding hearings and conducting its own investigation into the market power and behavior of big tech companies.

At a hearing last week, with witnesses from Google, Facebook, Amazon and Apple, Representative David Cicilline, chairman of the subcommittee, said that the government's stance for too long was to celebrate the new tech economy instead of scrutinizing its corporate leadership

"Congress and antitrust enforcers allowed these companies to regulate themselves with little oversight. "Mr. Cicilline, Democrat of Rhode Island, said in his opening statement. "As a result, the internet has become increasingly concentrated, less open, and increasingly hostile to innovation and entrepreneurship."

On Tuesday, Mr. Cicilline sent letters to three of the companies at last week's hearing – Google, Facebook and Apple. He is seeking answers to questions posed at the hearing, but not directly addressed by the witnesses. Mr. Cicilline has described these earlier responses as "evasive, incomplete or misleading."

In announcing the review, the Justice Department said it would look into whether Internet companies were "harming consumers." For most of the last four decades, courts and regulators have interpreted the consumer's anti-trust standard to mean that the company's behavior has led to higher prices, but it is challenging to make that argument when services such as Google and Facebook are free and Amazon is celebrated for low prices and convenient delivery

This latest review comes from the Department of Justice and the Federal Trade Commission's splitting potential antitrust investigations into Facebook, Google, Amazon and Apple. It is not clear how this review will differ from investigations into individual companies.

Apple referred to comments made by Tim Cook, the company's chief executive, in a recent televised interview on CBS News

"I think we should be scrutinized," Mr . Cook said. "While Apple is a monopoly or not, 'I do not think anybody is going to come to the conclusion that Apple's monopoly."

While major American technology companies have largely avoided antitrust scrutiny at home, they have been investigated more aggressively around the world, especially in Europe.

In March, European authorities fined Google 1.5 billion euros – about $ 1.7 billion – for antitrust violations in the online advertising market. The regulators said Google had violated antitrust rules by imposing unfair terms on companies that used its search bar on their websites in Europe.

The United States, by contrast, has been seen as a lesser force in antitrust enforcement recently, with the Justice Department and the Federal Trade Commission moving more cautiously

. ] "If the United States does not step up, the competition policy will be set elsewhere," said William Kovacic, a law professor at George Washington University and a former chairman of the Federal Trade Commission

This is a developing story and will be updated