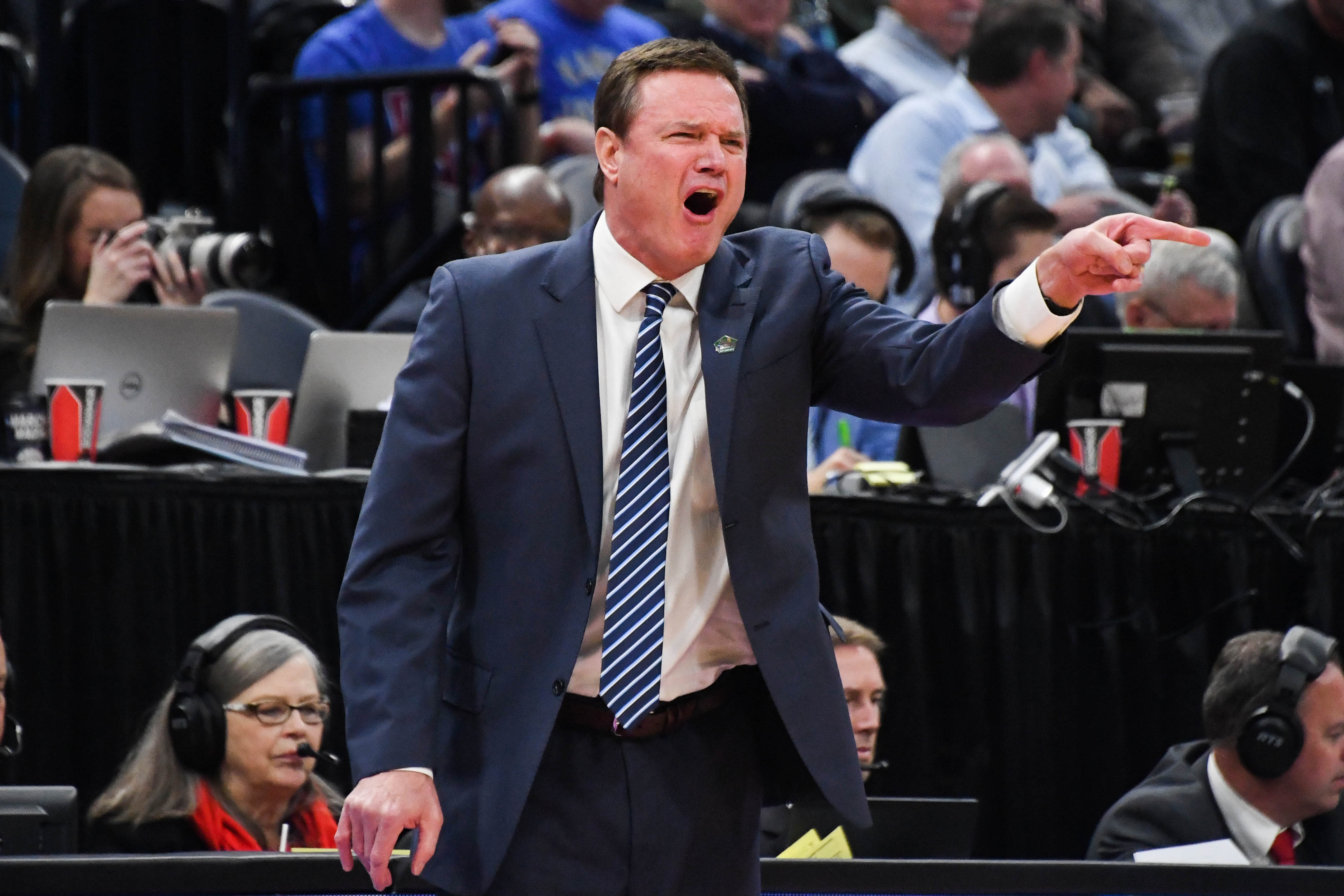 The University of Kansas received its notice of allegations from the NCAA on Monday, which includes possibly devastating allegations against the men's basketball program, according to multiple sources.

Kansas was charged with lack of institutional control, three Level I violations in men's basketball and there is a head coach responsibility against coach Bill Self, according to multiple sources. There are also allegations against football, sources added, although those are Level II violations. The football allegations include charges of allowing an extra coach to work during practice under former head coach David Beaty.

The Level I violations are tied, in part, to the recruits of Billy Preston and Silvio De Sousa. Court testimony and documents tied to federal basketball corruption cases over the past two years included details of veteran adidas consultant T.J. Gassnola having “conspired to illicitly funnel approximately at least $ 90,000” to the mother of Preston. Gassnola also tested in court that he paid De Sousa's guardian $ 2,500, although he was denied arranging a $ 20,000 payment that had been discussed on wiretaps.

bylaws. Records tied to the case included Gassnola and Self talking openly in text messages about Adidas helping Kansas recruit players. “Very happy with Adidas,” Self wrote Gassnola. "Just got to get a couple real guys."

Later, Gassnola texted about keeping Self and Kansas happy with lottery picks. Self responded: “works how (it) works. At UNC and Duke. "