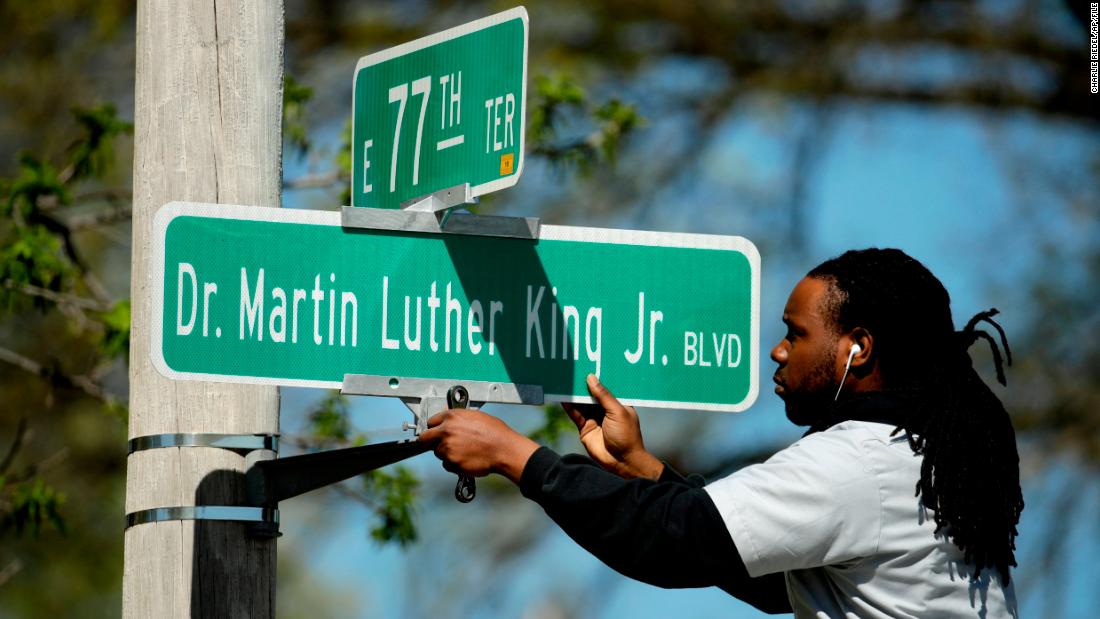 In Tuesday's special election, the measure to change Dr. Martin Luther King, Jr. Blvd. back to Paseo Boulevard, received about 65% of the vote, according to figures released by the City Council of Electoral Commissioners.

The vote came after months of debate between groups intent on honoring the king's legacy and some residents who do not want to lose their neighborhood identity.

The Paseo, as many locals call it, is one of the oldest boulevards in the city and runs from north to south through the predominantly African-American part of the city.

"We don't mean to do something in honor of Dr. King, but we don't want you to take Paseo from us to do it," said former Alicia City Councilwoman, who represented much of the area until her term ends in August. She helped organize the Save The Paseo group, which gathered nearly 3,000 signatures to get its name changed during Tuesday's vote.

Canada voted against changing the name of MLK in January, but it passed by 8-4 votes.

"This really infuriated the neighborhood because they thought it was a background approach that distracted from the process and took their vote," said Canada.

This provoked tension between residents and the Southern Christian Leadership Conference in the Greater Kansas City, which has been working for three years to get across the boulevard, named after King.

"These boulevards are valued in Kansas City and rightly so," said Vernon Percy Howard, Jr., the group's chairman.

He said Tuesday's vote turns Kansas into one the few big cities that have no way of honoring the king.

"In the 51 years since Dr. King's assassination, no one in this city has moved forward to advance or develop any kind of plan or program to honor Dr. King in a fundamental way," Howard said. "There is a park that is disturbing in downtown Kansas City, which is not well maintained and very small and insignificant in terms of any beauty, architecture, earth space, footprint and all that."

Howard said he was surprised by the resistance to change.

"I am shocked by the energy and hostility expressed by some African-Americans who believe that this ancestral name is more weighty or more meaningful to them than Dr. Martin Luther King, Jr., who shed his blood and died because of our right and our ability to own homes, get loans, have equal employment opportunities, be protected from racial discrimination in the workplace in housing, public transportation, and etc. "He said.

He also blamed the gentrification of the area and the influx of white investors on the opposition.

" This is the epitome of the privileges of white and systemic and structural racism that the predominantly white group smells d actually have the audacity to determine or dictate in the predominant African-American community who or what they should worship and where and how, "Howard said. Paseo's are black, residents and property owners are black, "k for it. "Most of the business, most of the residents are black. So these are black leaders who are suppressing the voices of black property owners.

She said they did not conform to the wishes of the community.

"They were trying to do something right, but they went the wrong way," she said.

University of Tennessee Professor of Geography Derek Alderman and his researcher ki team has been building a database of streets called MLK for more than 20 years.

He says they have identified 955 streets named for King in 41 states as well as Washington and Puerto Rico as of December 2017. This includes streets that they use his full name or variations like MLK or ML King, but not streets that are simply named King because they may not invoke the civil rights leader.

"I can confidently confirm that among the 50- the most populated cities (2015 estimates) Kansas City is now one of the fair three cities without a street, a cross of Dr. King. The other two cities are San Jose, California and Omaha, Nebraska, "he says.

These cities have public buildings named for King, he said.

Howard and his supporters said they still believe the designation of

Mayor Quinton Lucas was on the City Council in January and supported the change in MLK name. He told CNN affiliate WDAF on Wednesday that his job was now to unite the community, so

"People want to make sure that we commit ourselves with enough but different stakeholders in the community and I think it's fair to say that didn't happen and that's why we're kind of in the position we are now, "he told the station." It wasn't so much a rebuttal to the name of Dr. King King or the participating ministers. Instead, it says, "Let's make sure we work together and do it right."