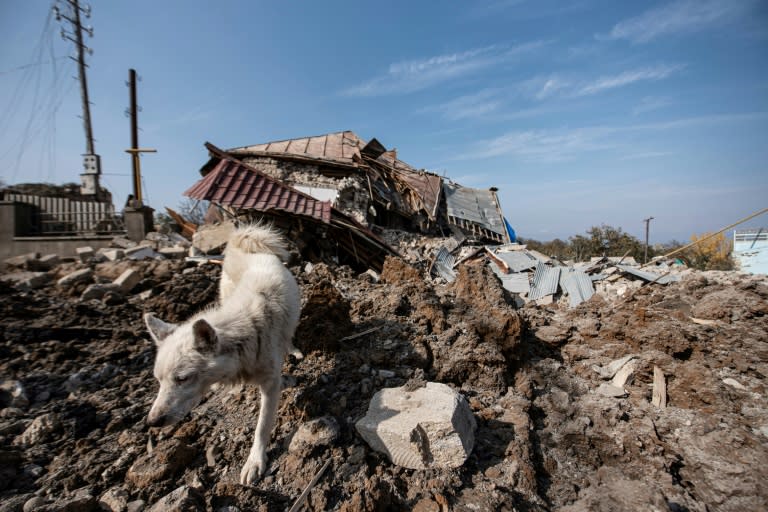 Armenian separatist leader in the disputed Nagorno-Karabakh region said on Thursday that Azerbaijani forces had advanced within a few kilometers of the key city of Shusha.

“The enemy is a few kilometers from Shushi, at most five kilometers,” separatist President Araik Harutyunyan said in a Facebook video.

“The enemy’s main goal is to capture Shushi … who controls Shushi, controls Artsakh,” he said, using Armenian names for the city and Nagorno-Karabakh.

Standing in front of Shusha’s famous Holy Savior Cathedral, he called on Armenians to defend themselves in the strategically important city, the second largest in Karabakh after the capital, Stepanakert.

“Over the next few days, we must turn this situation around at the front and punish the enemy right at the gates of Shushi. Let̵

7;s unite and fight together,” he said.

Gaining control of Shusha would be a major victory for Azerbaijani forces, which have been gaining ground against Armenian separatist fighters since new fighting erupted over Nagorno-Karabakh a month ago.

The city is located at strategic heights above Stepanakert and on the road connecting the city with the Armenian territory.

Like Stepanakert, Shusha has come under regular shelling since fighting broke out and its cathedral was damaged by rocket fire in early October.

Shusha was a strategic stronghold for Azerbaijani forces during the war in the 1990s, when Armenian separatists seized control of Nagorno-Karabakh.

For months in the winter of 1992, rockets rained down on Stepanakert from Shusha, killing thousands.

When separatist forces took control of Shusha and the rest of Karabakh, the cathedral was rebuilt and became an important site for visitors from Armenia and the Armenian Diaspora.