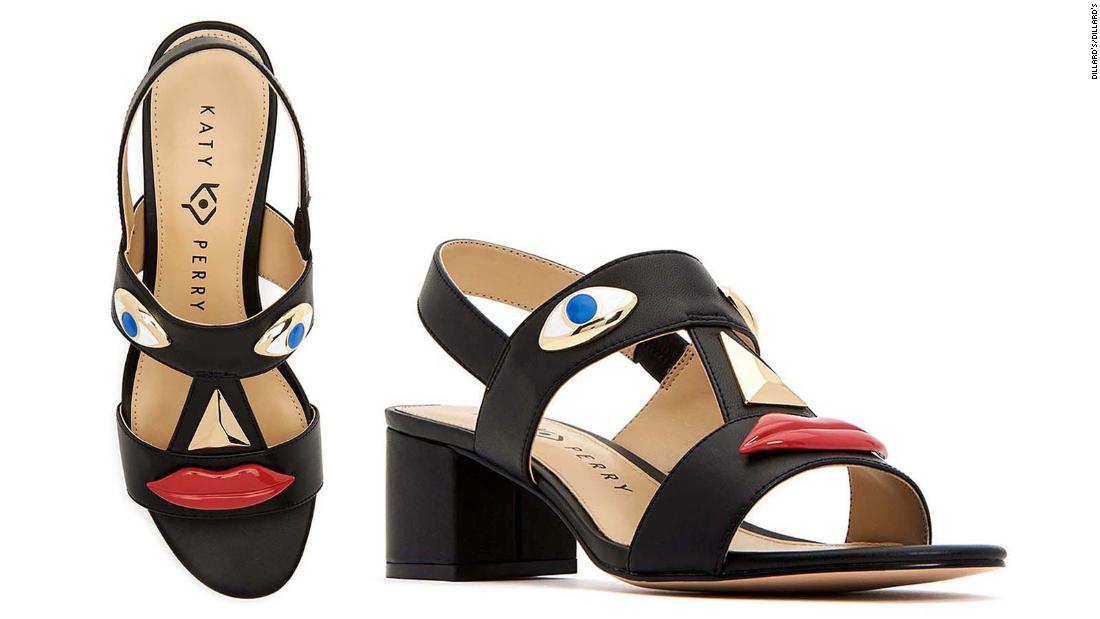 CNN has reached out to Perry for comment. Perry debuted her line of whimsical shoes in 2017. They are available on her website and through retailers around the world, including Dillard's and Walmart in the United States.

The Time Face Heel and Rue Face Slip-On Loafers come in black and white beige. The vamps in both styles include the same protruding eyes, nose and full red lips.

The visuals of black shoes in both styles drew comparisons to blackface, the racist face-painting practice that started as a way for white performers to mock enslaved Africans in minstrel shows using black paint and exaggerated facial features.

"Another one to add to your blackface file," one person said on Twitter.

Others sarcastically remarked that the shoes would go well with a black Gucci sweater that also evoked blackface.

The Italian luxury brand is apologized for its "wool balaclava jumper," which pulls up the nose and includes a cut for the mouth with oversized red lips.

Prada apologized for monkey-like figures with black faces and large red lips and pledged to withdraw some of the products.

To some, the recent fashion gaffes coupled with a blackface controversy involving Virginia Gov. Ralph Northam made the timing of Perry's shoes all the more vexing.

The sandal and the loafer were temporarily available on Dillard's website.

On Monday afternoon, images and descriptions of the shoes were replaced with the message, "This item is not available for internet purchase." Dillard's has not responded to CNN's request for comment.

A Walmart spokesperson said these styles of Perry's shoes were never available in brick and mortar stores.