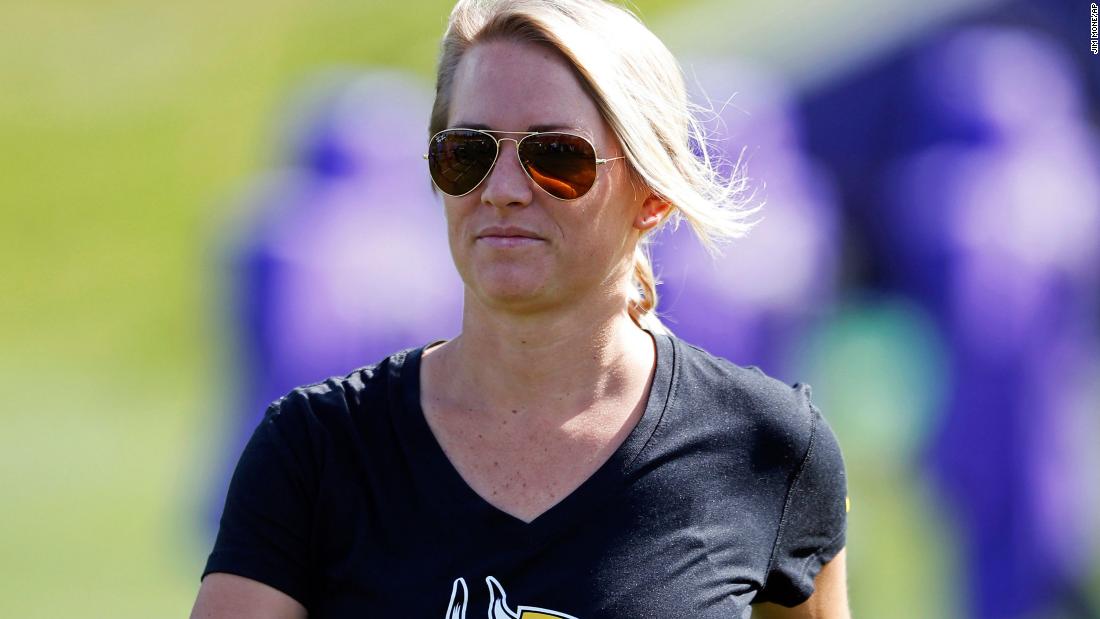 She is believed to be the highest-ranking female intelligence officer on an NFL team, according to an NFL spokesman.

“Kelly is a rising star in the NFL and we are fortunate to add someone of her caliber to the Denver Broncos,” Broncos general manager George Patton said in a news release.

Patton said Klein would report directly to him and serve as a key liaison for the Broncos’ football operations. She will also have responsibilities for both professional scouting and colleagues, he said.

Kleine will be engaged with the team’s personnel department, which includes player evaluation, preparation for the NFL and free agency drafts, as well as daily football administration. She will also oversee the video and equipment departments in Denver, according to the announcement.

“After working with her for nine years in Minnesota, Kelly understands well all aspects of football operations and player evaluation, as well as outstanding leadership qualities,” Paton said in a statement. “She will be a huge resource with her experience from professionals and from college, as well as her knowledge of our rankings and football calendar.”

Prior to being hired by Denver, Klein worked for nearly a decade for the Vikings in Minnesota, most recently serving as a team manager for the college’s player / intelligence team.

She started as a public relations intern for the Vikings in 2012 and rose through the ranks, according to the announcement. Kleine’s responsibilities with the Vikings include college scouts from Minnesota, Wisconsin, Montana and Dakotas, the statement said.

In nine years with the Vikings, a native of Sheboygan, Wisconsin, he will enter his tenth season in the NFL with the Broncos.