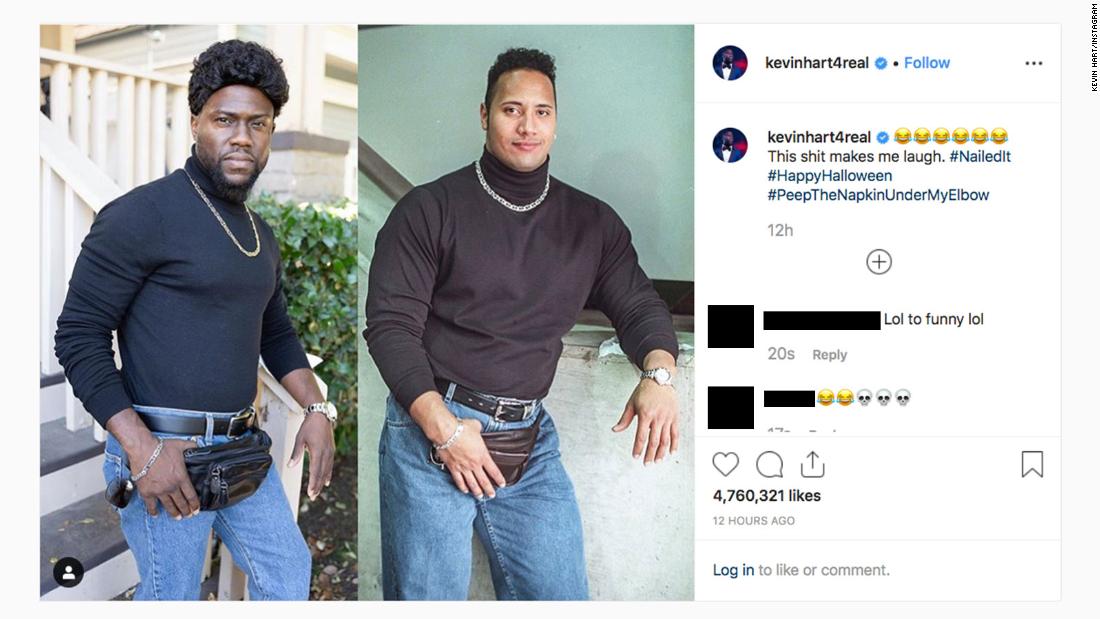 The actor, who recovered from a car accident in September, dresses as his beat and frequent co-star Dwayne "The Rock" Johnson.

But he did nothing.

"That s ** t makes me laugh," Hart wrote in a caption of a split photo of him and Johnson in the outfit. "#NailedIt #HappyHalloween #PeepTheNapkinUnderMyElbow."

Hart also posted a video of him showing up at Johnson's outfit to cheat or cure.

"I killed him with my Halloween costume this year …," he wrote in the caption. "@Therock had the nerve to get to me."

Hart also used it for a little promotion, adding "We are launching a brand new trailer for Jumanji The Next Level tomorrow. Stay Here !!!!!! "

In the video, Johnson gets his own back, mocking Hart for not giving the diminutive star to King-size candy.

'Here's what you get,'" Johnson says of Hart. Little ones, mini like you. "