King plans to ask for re-election, will not apologize for remarks 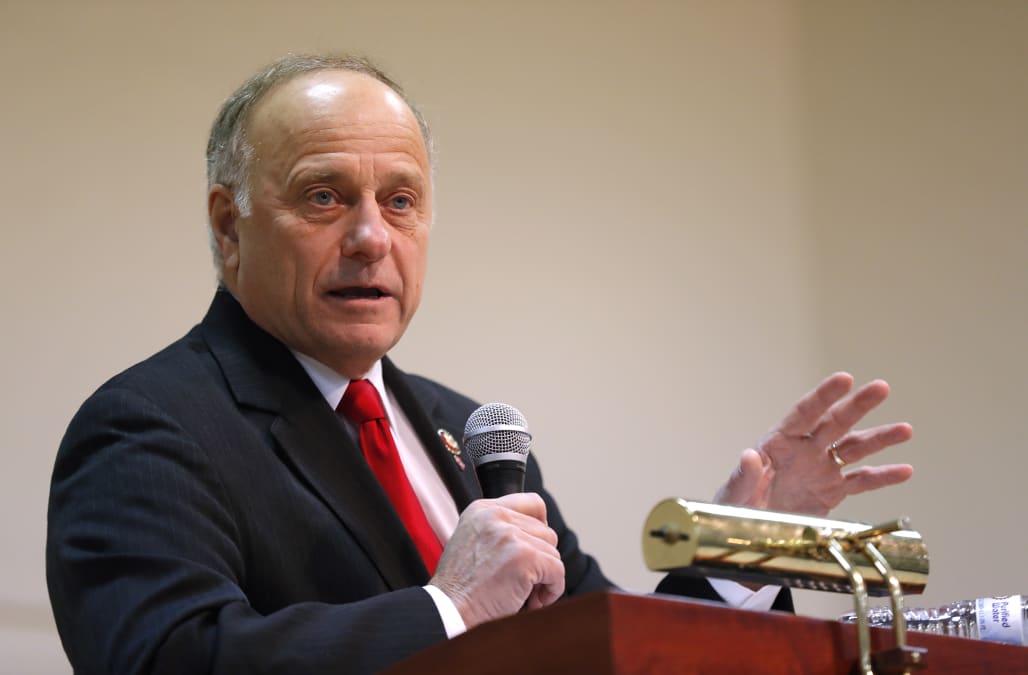 Rep. Steve King (R-Iowa) said Thursday he intends to run for the 10th term in Congress despite his story of commenting on the supremacy of white.

"I have no reason to apologize for," King said in the audience bar. The Iowa TV program. The show is scheduled to be broadcast on Friday night.

King has received national criticism, including members of his own party, and has been deprived of appointments to the Congress Committee after an interview in the New York Times on January 10th, defended white nationalism.

"If we ever have time to have commissioned commissions, this time with Nancy Pelosi as Parliament Speaker is the time," he said on Thursday.

The Iowa lawmaker said she would seek a re-election in 2020 after having been at the top of three main contenders.

"Do not let the elites in this country, the energy brokers in this country, tell you who will represent you in the United States Congress," King said, winning his re-election in 2018 by 3.6 percentage points against Democrat J. Scholten. extreme right figures in the US and abroad. But after the interview with The Times he received even more attention in which he questioned the outbreak of the terms "white nationalist", "white superiority" and "western civilization".

The Republicans of Iowa said it was incorrectly quoted by the Times, He said he was talking about Western civilization, not a white supremacy, an excuse he had done earlier with regard to the remarks.

"If you just keep these publications true, there's no story," he said. "There is no part of me that believes in anything that is recommended by people who identify themselves as white nationalists or white supremacy."

King spoke to the house on January 15, condemning racism and fanaticism. But a HuffPost report later found that a racist MP still uses its official government website to direct its voters to a white nationalist blog that regularly publishes racists, anti-Semites and Nazi sympathizers. Representative Tim Ryan (D-Ohio) warned the Ethics Committee for King White's White House after reading the report.

Rep. Steve King in the years

USA – July 18: Rep. Steve King, R-Iowa, was interviewed on the floor of the Quicken Loans Arena on the first day of the Republican National Convention in Cleveland, Ohio, July 18, 2016. (Photo by Tom Wilson / CQ Roll Call)

NASHUA, Representative Steve King (R-IA) spoke at First at the Republican Heads of Meeting on April 17, 2015 in Nashua, New Hampshire. The summit gathered together local and national Republicans and attended all Republican candidates as well as those who saw the candidacy. (Photo: Darren McCollester / Getty Images)

Washington, DC – October 15: US representative Steve King (R-IA) passes through the Capitol Building on October 15, 2013 in Washington. The government is closed for 14 days. (Photo by Andrew Burton / Getty Images)

USA – AUGUST 2: Rep. Steve King, R-Iowa, and Dr. Rozali Porter, ProEnglish, speak at a press conference on the official English law. He will introduce English as the official language of the US government and will require all official US functions to be held in English. (Photo by Chris Madaloni / CQ Roll Call)

US – 28 JUNE: Re. Steve King, R-Iowa, after talking to disappointed opponents of the Affordable Care Act. The Supreme Court decided to support the law by voting 5-4. (Photo by Chris Madaloni / CQ Roll Call)

More from HuffPost US Politics :

Sarah Sanders: The Media Are Looking For Reasons To Attack "Trumps Over North Korean Talks

A former campaign aide: "I was subjected to the reign of terror"