Kremlin: No date set for Normandy talks on Ukraine despite Macron meeting 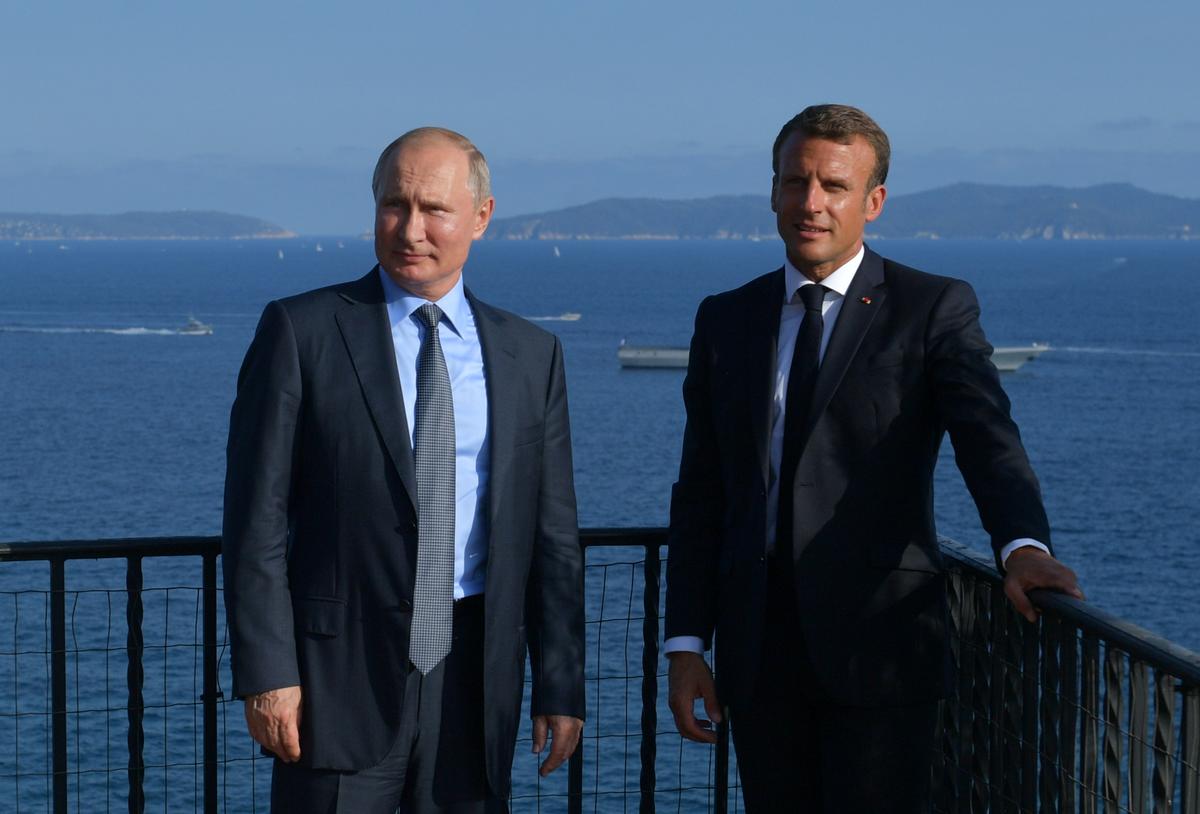 MOSCOW (Reuters) – The Kremlin said on Tuesday that no date had been set for Normandy format talks on the Ukraine crisis after Russian President Vladimir told his French counterpart Emmanuel Macron a day earlier he saw no alternative to such negotiations.

Macron has said he is keen to try to arrange a heads of state summit including leaders of Russia, Ukraine and Germany to try to make progress on the stalled Ukraine peace process.

Kiev's forces have been battling pro-Russian separatists in the Donbass region of eastern Ukraine since 2014, in a conflict that has claimed more than 13,000 lives. Sporadic fighting continues despite a ceasefire agreement.

Macron held talks on Monday with Putin who said beforehand he believed any summit aimed at resolving the Ukraine crisis should yield tangible results.

Kremlin spokesman Dmitry Peskov told reporters on Tuesday that experts from Russia and France would discuss the possibility of holding a Normandy format summit on the subject, but said no date had yet been set for such a summit.