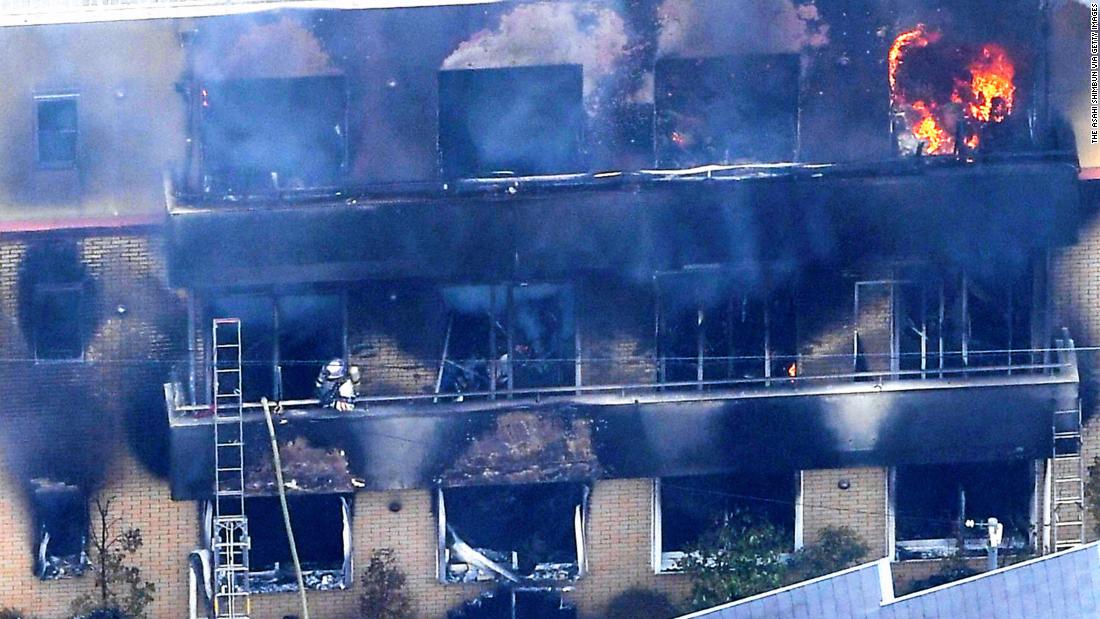 The Kyoto Fire Department confirmed that one person had died and 12 people were found with no vital signs inside the building, which belonged to Kyoto Animation Co. In Japan, deaths have to be confirmed by a doctor before being officially announced.

The Kyoto police said that a man poured what appeared to be a gasoline around the Kyoto Animation studio and set it on fire. The suspect, described by police as being in his 40s, has been taken into custody.

Fire department officials said an additional 38 people were injured, with ten believed to be in a serious condition.

The fire broke out at about 10:30 am local time on Thursday (9:30 pmET) and the police said a resident reported hearing a sound like an explosion coming from the studio

About 48 fire engines have been expatched to the area and are currently trying to get the fire under control.

Footage of the scene shows thick smoke billowing out of the four-story building as firefighters work to douse the flames.

Founded in 1981, Kyoto Animation is based in southern Kyoto prefecture's Uji and produces animations and publishes anime novels, comics and books, according to its website. Among the studio's most famous works are the manga series "K-On!" and the anime TV adaptation of "Haruhi Suzumiya."

Prince Charles calls for a “Marshall-like plan” for the planet

Karachi fire: Two to hang on to a hell of a garment factory