Lancaster Shooting: Possible sniper on the move after injuring a deputy 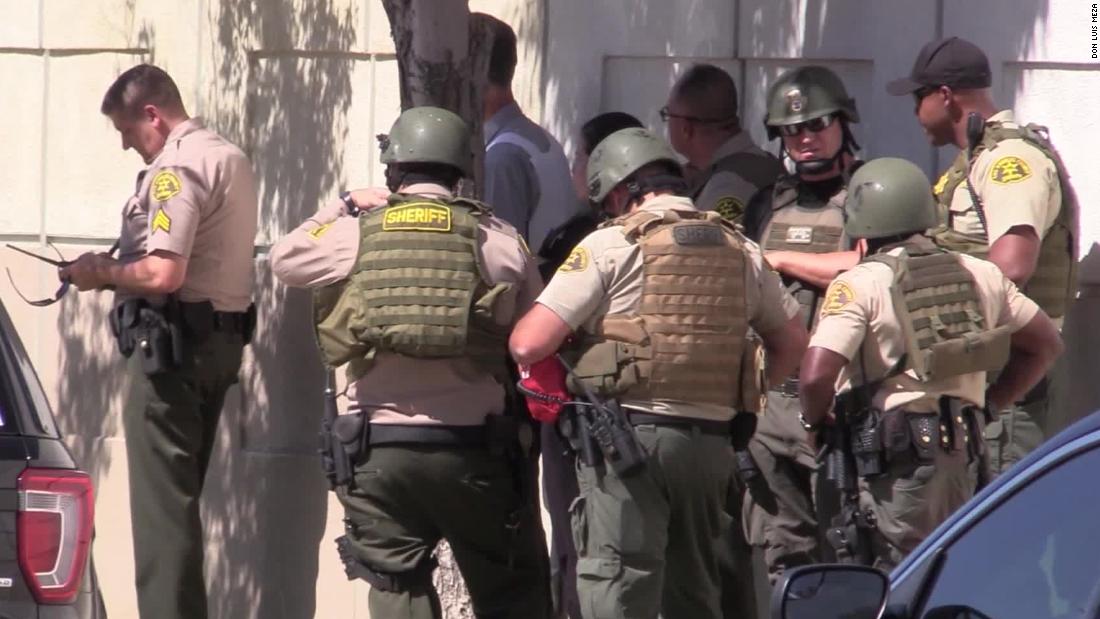 The bullet came from a four-story building and struck the deputy in the chest while he was in the parking lot, said Lancaster Mayor R. Rex Paris. The deputy was wearing a bulletproof vest that saved his life by tilting the bullet in his shoulder.

The deputy was transported to the hospital.

"As Mayor of Lancaster, I cannot begin to tell people how sorry we are to live in a city where this is happening," he said. "This shakes the heart of everything we have."

Paris describes the shooter as a sniper and says he is believed to be in a government-subsidized facility for people with mental health problems located at the sheriff's station. A school within range of the shooter was locked and students evacuated.

"A difficult tactical situation," Paris said. "There is no control over who enters or exits the building and there are still people inside."

The mayor applauded the sheriff's department for quickly handling the situation, saying it could be much worse. "We cannot live in a society that is happening. To me, it is beyond understanding that this has happened in our city," he said.

The city of Lancaster has approximately 1