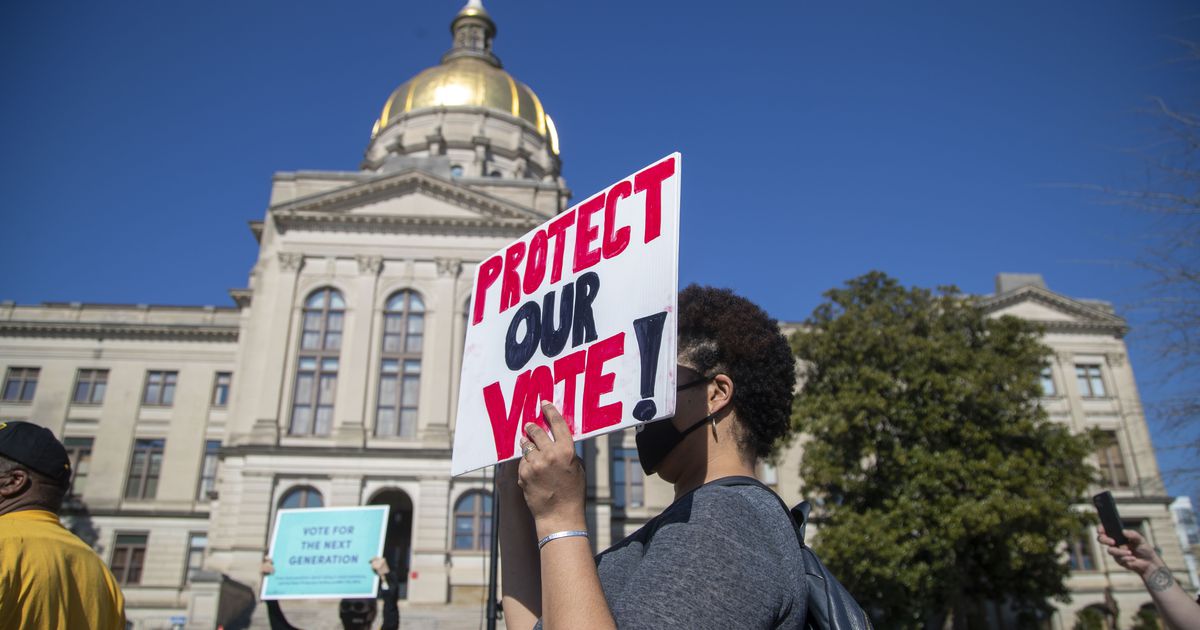 “Don’t pass laws that make Georgia one of the most difficult places in the country to vote by mail,” said Senate Minority Leader Gloria Butler, a Democrat from Stone Mountain. “People under this roof lied to the public about the election, and now, in the name of this lie, we see that the right to vote has been revoked.”

The protesters planned to be heard in the state Capitol on Monday, as they did last week. During a confrontation with police, a police officer grabbed Democratic Republic Republic Park Cannon by the hand after she stood in front of a police bull. The clash led to a meeting of Democrats on Friday.

Republican lawmakers said their bills were aimed at restoring voter confidence after it was shaken by mistrust encouraged by their own political party. Their proposed policies would reduce easy access to absentee voting, used by a record 1

.3 million people in the presidential election, two-thirds of whom voted for Biden.

“Both sides have lost their sense of security with electoral integrity,” said Senate Majority Leader Mike Dugan, a Carolton Republican. “At the end of the day, we need to find a way to do this as quickly, accurately, securely as possible and with the public’s faith in the system.”

The measure, pending in the House on Monday, House Bill 531, will require ballot boxes to be accessible only at polling stations, limit Souls to the Polls community events to one Sunday during early voting, and requires voters to provide a driver’s license number, government ID, or a copy of a photo ID to request missing ballots.

In the Senate, meanwhile, the Ethics Committee can vote Monday on Senate Bill 241, which will allow people to vote in absentia only if they are 65 or older, have a physical disability or are out of town. Georgia has allowed every registered voter to vote in absentia since 2005.

All bills must pass through their first chamber – the House or the Senate – by next Monday, a deadline set by the General Assembly. They will then continue to be discussed and voted on until this year’s legislative session, which ends on 31 March.