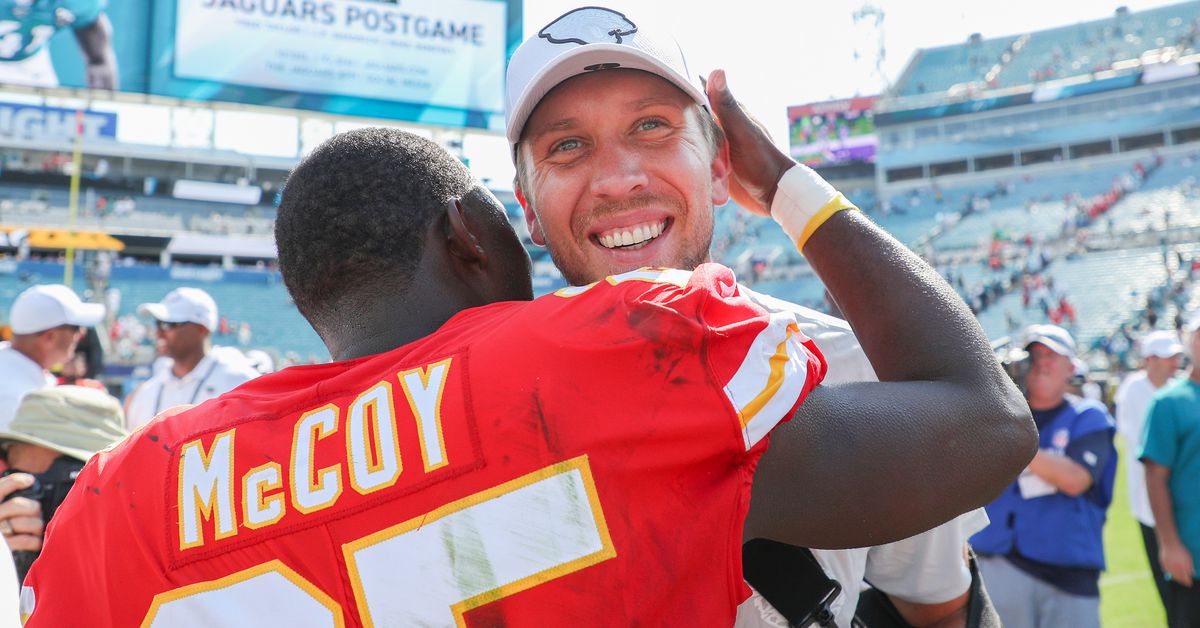 The Eagles finally got their act together in the second half of the Week 1 matchup against Washington and were able to come away with the win. There are more than a few things the team needs to tighten up as they head into the season, but I'll take a 1-0 start.

Here's how to bunch of former Eagles fared in Week 1 of the 2019 regular season:

Things did not go according to plan for the former Super Bowl MVP. In his first game as a franchise quarterback in Jacksonville, Foles lost a broken left collarbone – to make matters worse, the injury came in the first quarter against the Chiefs.

It was after his first touchdown pass that Foles was sidelined, and reappeared from the locker room with its non-throwing arm in a sling. He finished the day 5-of-8 for 75 yards and one score.

Foles underwent surgery on Monday for injury and has been added to the team's IR. The earliest he could return to the field will be in November, but it will obviously depend on how his recovery goes.

Tough break for a good guy who was finally getting his chance to be the unspoken No. 1

quarterback and face of a franchise.

Linebacker Najee Goode had 3 total tackles on Sunday against Kansas City, and D.J. Alexander had 1 tackle of his own.

He wasn't a big weapon on the Falcons offense, but did turn out to be a special teams bright spot, according to The Falcoholic's Kevin Knight:

" On Sunday, Barner appeared to vindicate the Falcons' decision to name him the returner. He looked the part of a savvy veteran, fielding four punts and generating a positive return yardage on each of them. Barner showed off excellent field vision, instincts, and elusiveness as he navigated traffic to create a good field position for Atlanta. The Falcons rarely took the advantage of it, but Barner did his best to put the team in good position to start their drives.

At the end of the game, Barner had 4 punt returns for 46 yards — which comes out to a very good 11.5 yard average. He was quite as electric on kickoff returns, with just 2 for 44 yards (22.0 average), but both were off well-placed kicks that were just short of the goal line. In a game where the Falcons scraped pretty much everywhere, Barner was one of the only consistently bright spots for the team. ”

Play of the Week

LeSean McCoy was a surprise cut by the Bills, but was quickly swooped up and reunited with Andy Reid in Kansas City. The running back was no time getting back to his former self and in Week 1 against the Jaguars, he had 10 carries for 81 yards – including a 31-yard long run – and had one reception for 12 yards.

Over 100 offensive yards in the first game with his new team. Not too shabby (or Shady …)

[Editor’s note: BGN will usually have this series up on Monday mornings, but Alexis just had a baby, so, this one’s a little late!]

I've had a headache for 6 days but I think (and pray to all deities) it's finally gone! Which means I can also look at my phone without wanting to throw up – which is all the long way to say that Ryan's Eagles onesies kept fit but he was still dressed up for the team's 1st win! pic.twitter.com/6rHov2hxjW