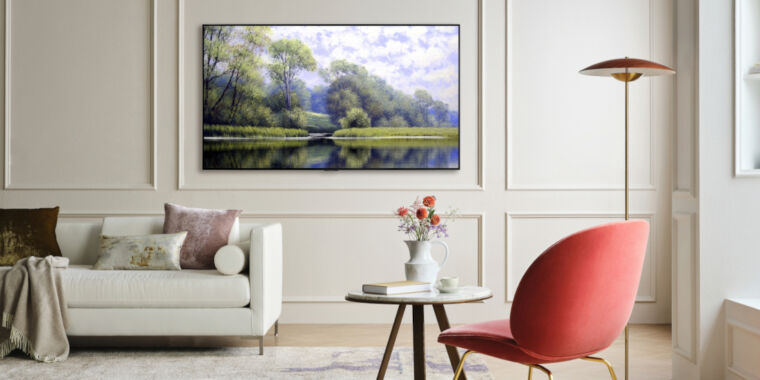 LG has announced that it will begin licensing its webOS TV software for use by other TV manufacturers. This will put webOS in direct competition with other platforms used by TV brands, such as alternatives from Roku, Amazon and Google.

LG says “more than 20 TV makers” have committed to the webOS partnership, citing RCA, Ayonz and Konka as examples. They will deliver the operating system to their TVs and thus gain access to voice control features, LG’s artificial intelligence algorithms and a fairly robust library of pre-built streaming applications such as Netflix, YouTube or Disney +.

For smaller manufacturers, this is more cost-effective than developing these features on their own or lobbying companies like Netflix or Disney to support new platforms.

At the annual Consumer Electronics Show in January, LG announced webOS 6, a major overhaul of the interface that adopts a design language that is more like what is found in most other TV operating systems. For now, however, webOS licensees will be limited to an earlier version of webOS, which has the old interface.

In addition to the license fees, LG will be able to use this larger installation base to take advantage of a more stable advertising network and larger user data collection. The company will also place its LG Channels content operations on more TVs. In addition, LG has greater ambitions for webOS than just TVs, so this move helps the company’s efforts to make webOS more ubiquitous as the software expands into cars, home appliances and other products.

Users may refrain from advertising and collecting data, but there is one advantage for them: a larger webOS installation base is likely to lead to more frequently updated, higher-quality applications from content companies.

As usual, this announcement came with a statement issued by a prominent CEO of the company – in this case, the president of LG Home Entertainment Park Hyung-sei, who said:

The webOS platform is one of the easiest and most convenient ways to access millions of hours of movies and TV shows … While welcoming other manufacturers to join the webOS TV ecosystem, we are embarking on a new path that allows many new TV owners to experience the same great UX and features that are offered on LG TVs. We look forward to introducing these new customers to the amazing world of webOS TV.

webOS for TVs as we know them now dates back to 2014, and reviewers and users have undoubtedly responded well to it because it is one of the best-used TV operating systems. Part of its ease of use comes from the magical Wii-like remote that comes with LG TVs; LG’s press release says that partners who license webOS will supply TVs with similar remote devices.

Earlier, LG released an open source version of webOS in 2018, and Samsung announced plans to make its Tizen TV OS available for licensing by other TV manufacturers as early as 2019. But a year and a half later, we have not heard nothing more specific about the latter.