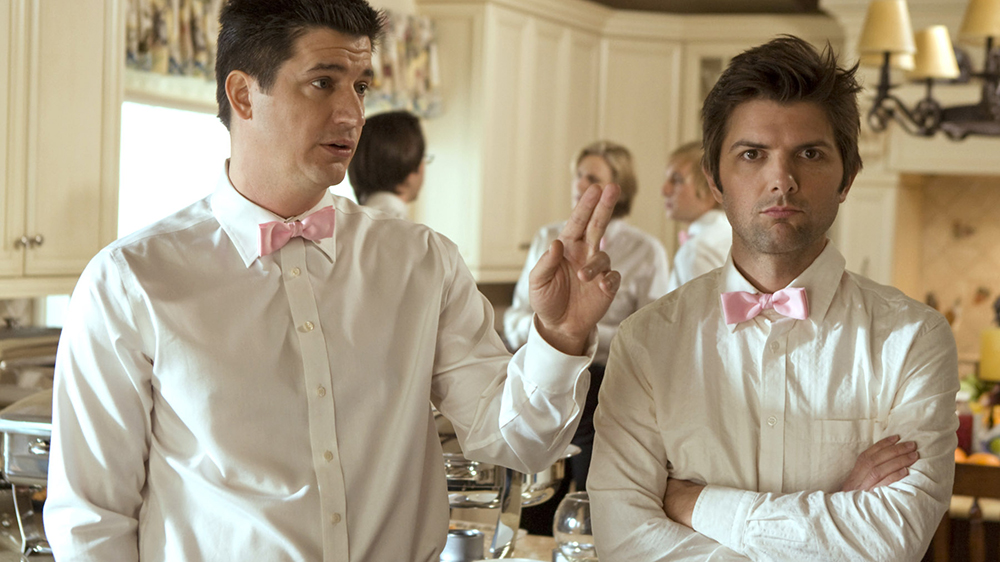 Are we having fun already? Starz is developing a limited series of “Party Down”.

The network has announced that it is “reviving the party” with the development of this upcoming six-part “Party Down” series. The use of “revival” means that the original composition will return. However, no official announcements have been made about the cast at this time.

“At the end of 2019, the actors and producers of” Party Down “were gathered in retrospect for the show organized by Vulture. We had such a good time that we wanted to find a way to reunite the team, “said executive producer Rob Thomas. “The cast is so busy these days that finding a window where we can do it may require trigonometry, but we are determined to do it.”

“Party Down” follows a catering team in Los Angeles, all of whom are Hollywood people sworn to work for tips – sometimes, but sometimes (well, most of the time) they just take the guaranteed 20% – while they wait and hope for their big vacations. . Each episode of the comedy took place at a different event that the team worked on, and they inevitably immersed themselves too much in the lives of their guests.

Before the Party Down cast became a well-known TV and film actor and award winner, they all wore the same pink bow ties as part of a less competent team of waiters in Los Angeles as they pursued their dreams of star of the Starz series, ”said Christina Davis, president of original programming, Starz. “Fans have been waiting more than 10 years for this renaissance to happen, and we are excited to be in the process of developing, led by Rob, Paul, Dan and John.”

The behind-the-scenes team of this new version of the show brings together the original executive producers of “Party Down” Thomas, John Enbom (who will serve as showrunner), Paul Rudd and Dan Etheridge. Karen Bailey, executive vice president of original programs at Starz, runs the show on behalf of the network.

The limited series will be produced by Lionsgate Television.

“Party Down” is already joining the growing list of fan favorite series that see new versions. On Peacock, “Saved by the Bell” and “Punky Brewster” received a sequel to the series, with members of the original cast appearing alongside new regular series, while Showtime boasts an upcoming limited series version of “Dexter,” for example.