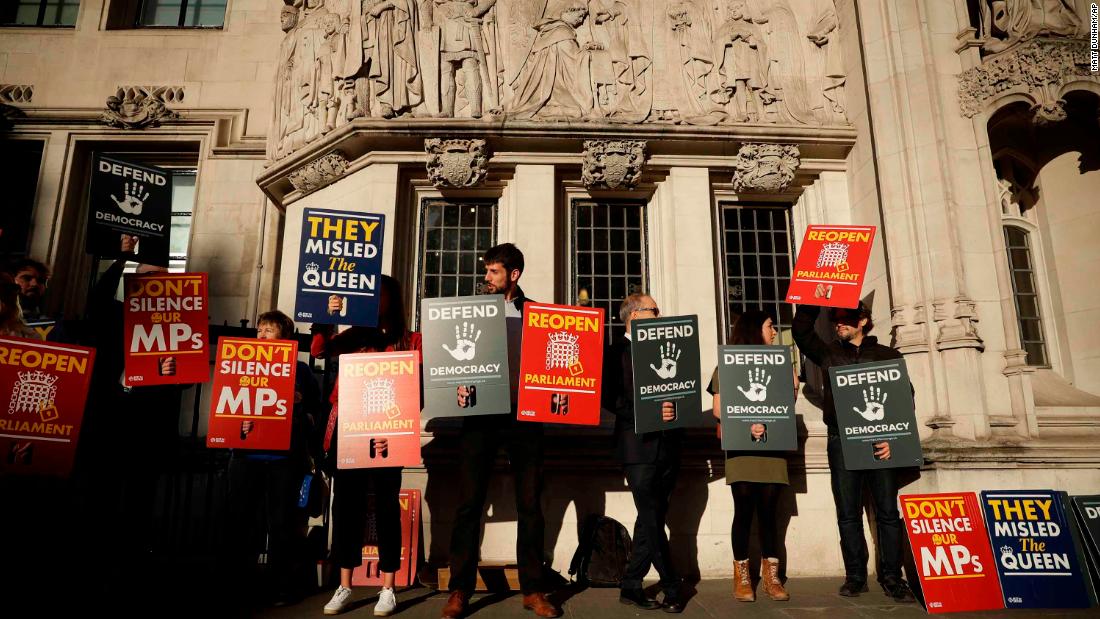 The Supreme Court's proceedings divert to another intriguing area: The question of how much power the queen has on the question of prophecy.

James Eady wonders what the government's position on the matter is. This is a pertinent question, one judge points out, as it is clear whether there are conventional (if not practical) checks and balances on the role of the executive in Parliament's prorogation.

But Eadie will not be attracted to the problem. He says it is a matter of "considerable uncertainty" whether the queen has any personal prerogative on the matter.

The lawyer was also squeezed by a comment from House Government Leader Jacob Rees-Mogh, who said after Parliament was dissolved that the Queen was "required" to approve the request.

Go again insists that the question of whether the Queen can answer is not a question of "academic debate and uncertainty".

Later Lord Sale asks: "If there are constitutional principles required of the police, is it not more appropriate for the court to do so than to suck up the queen? "

Some context: Parliament can only have a queen or king to stay above politics and act on the advice of his ministers – so when Rhys-Mog goes to Balmoral to ask her to prophesy

Is this a problem for the courts anyway? The government's writing also addresses the issue, insisting that it has never taken the position that The Queen has no choice but to agree.

However, she adds that the issue is controversial – for Whether the queen has prerogative power is not a problem for the court.

The written case states: " Contrary to the proposition of §8 of the applicant's written pleadings, it is not alleged (and never has been) claimed that Her Majesty there is no personal prerogative in this context or that it is obliged to accept the Prime Minister's advice, but this is not a problem that arises in determining this complaint. Nor is it a matter for the court. Whether Her Majesty has a personal prerogative in any particular case is a matter of a constitutional convention, not a law. "