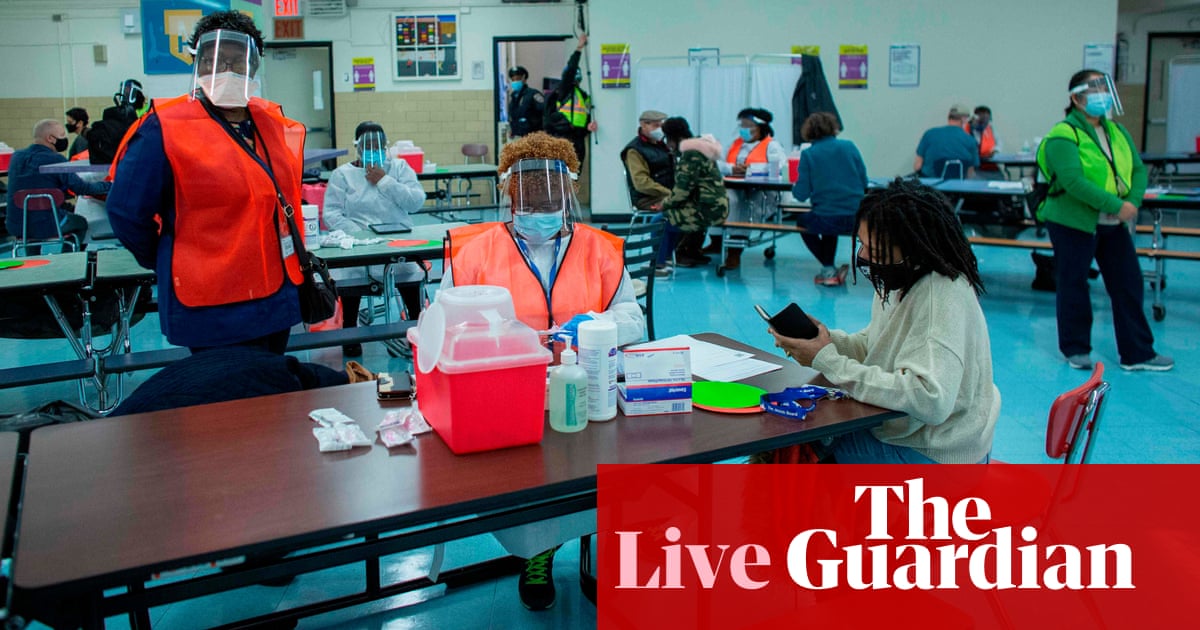 A spokesman for the Mexican president has tested positive for coronavirus

A spokesman for Mexican President Andres Manuel Lopez Obrador said he tested positive for coronavirus on Sunday, the same day the country discovered a case of the Covid-19 variant, which is being distributed in the United Kingdom, the AP reported.

Spokesman Jesus Ramirez Cuevas wrote on his Twitter account: “I am in good health and will work from home.” There was no word on whether the president had been tested:

Ramirez Cuevas is close to Lopez Obrador, often handing him documents or traveling with the president.

Lopez Obrador is 67 years old and has high blood pressure, but almost never wears a mask.

On Sunday, Lopez Obrador toured the Pacific Seaport of Manzanillo and delivered a speech, as usual, without a mask.

Also Sunday, health authorities in the northern border state of Tamaulipas uncovered a case of the UK option known as B.1.1.7. This strain has also been found in the United States, Canada, Italy, India and the United Arab Emirates.

Scientists from the United Kingdom said that the variant may be more contagious than previously identified strains.

The State Department of Health of Tamaulipas said the case was discovered in a 56-year-old man who arrived on December 29 at an airport in the border town of Matamoros, across the border from Brownsville, Texas, on a flight from Mexico City. No one else in the flight has a positive result.

There are 90 million cases of global coronavirus

The number of infections worldwide has doubled in just 10 weeks, according to calculations by Johns Hopkins University on Sunday. Covid-19 infections reached 45 million at the end of October.

As of Sunday afternoon, John Hopkins counted 90,007,787 infections worldwide.
The United States, now with more than 22.2 million infections, has led the world with the highest number of registered infections since the onset of the global pandemic.

The number of cases in the United States is more than twice as high as in India, which has reported nearly 10.5 million infections.

The Brooklyn Army Terminal is one of two mass vaccination sites that opened in New York on Sunday. The second is located at the Bathgate Contract post office in the Bronx.

Reuters: Mass sites were open for part of the day on Sunday before opening 24 hours a day, seven days a week on Monday, as part of New York City Mayor Bill de Blasio’s efforts to create 250 vaccination sites to achieve the ambitious goal of inoculating 1 million New Yorkers by the end of the month.

People arrive to receive a dose of Moderna coronavirus vaccine at a vaccination site at the South Bronx Education Campus in the Bronx, New York on January 10, 2020. Photo: Kena Betancur / AFP / Getty Images

Three other smaller sites also opened Sunday in Brooklyn, the Bronx and Queens.

In New York, as in much of the United States, efforts to obtain the two vaccines, which have so far been allowed in American hands, have been slower than expected due to a number of problems.

These include strict rules governing who should be inoculated first, with some health workers at the front of the line denying shots and a lack of planning or guidance at the federal level.

As of the beginning of Sunday, New York had administered 203,181 doses of vaccines to its residents of the more than 524,000 doses that had been delivered, according to data from the city’s health department.

On Friday, New York Governor Andrew Cuomo, who had previously said all health workers should be vaccinated before the state could move to other categories, changed course, saying people aged 75 and over could get shot. on Monday.

The US Centers for Disease Control and Prevention (CDC) has said that health workers and residents and staff of nursing homes should have priority for the limited supply of vaccines. The agency eased those guidelines on Friday, recommending that countries move to the next on the list – people over the age of 75 and so-called “core” workers – to speed up lagging vaccination programs.

Hello and welcome to our live coronavirus broadcast with me, Helen Sullivan.

Over the next few hours, I will introduce you to the latest good and bad pandemic events in the world.

The mass sites were open part of the day on Sunday before opening 24 hours a day, seven days a week on Monday, as part of New York Mayor Bill de Blasio’s efforts to create 250 vaccination sites to meet the ambitious goal. to inoculate 1 million New Yorkers by the end of the month.

Meanwhile, the total number of cases of global coronavirus came another sad milestone, reaching a staggering 100 million, with a total of 90 million on Sunday, according to researchers at Johns Hopkins University. The number of victims is 1,932,266.

Here are the other key recent developments:

New variants of the coronavirus complicate the fight against the pandemic