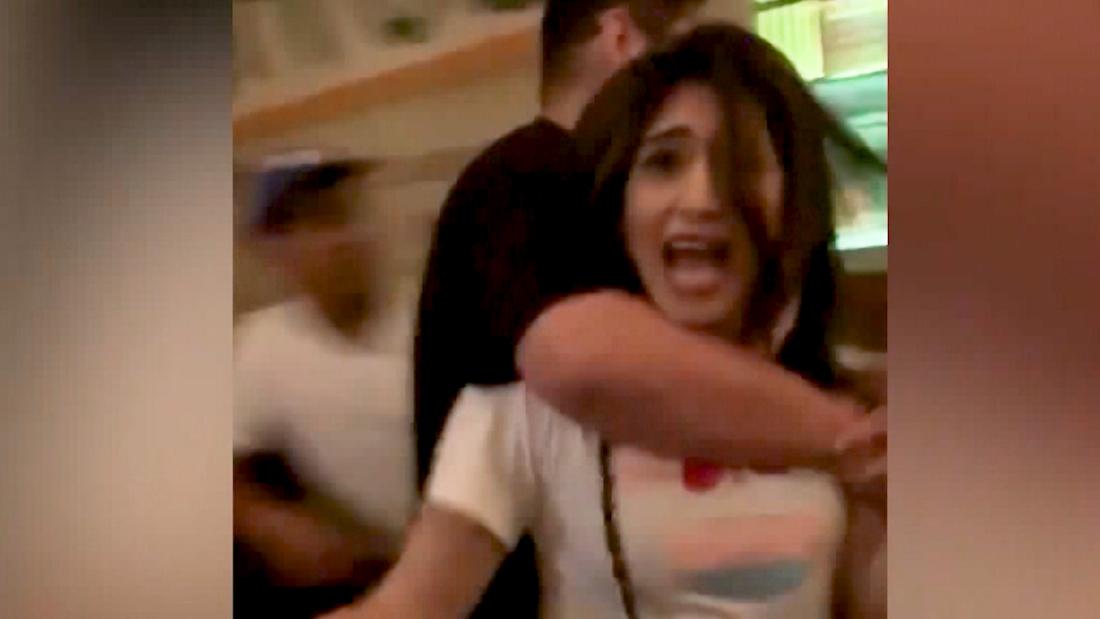 Employees of Bienestar Human Services, which focuses on health issues in Latin American and LGBTQ communities, were celebrating the first day of the local LGBTQ festival at the Las Perlas Bar, when the couple began managing "transphobic rumors" at their table, Chloe Perez-Rios wrote on Facebook.

Perez-Rios is the manager of Transgeneros Unidas, the Bienestar team focuses on advocacy for transgender and non-binary people.

In a Perez-Rios video posted to go viral, one man is repeatedly seen yelling, "Don't touch me like that," as they are forced by a bar guard, slammed into a wall and thrown out.

] Another security officer is seen grabbing another person in a throttle, dragging them through the bar and also throwing them away.

] Sed Moses, CEO of Pouring with Heart, a hospitality group that owns Las Perlas Bar, said in a statement that ger asked two groups of guests to leave after an "escalating verbal dispute" broke out, adding that the company had "zero tolerance for this type of behavior."

"The security removed guests who were not following the manager's request to leave and made it in accordance with company policy," the release said.

Perez-Rios told CNT affiliate KTLA, "They used excessive force to remove trans women from the scene and were very gentle to remove a man and a woman who were very careless and very aggressive."

Bienestar Human Services said in a statement that they would continue law enforcement in the incident.

The LAPD acknowledged the incident on Twitter and said it could not comment on the ongoing investigation.

"Whether in a public or private setting, all Angelenos deserve the freedom to coexist in harmony," the department said on Twitter on Saturday.

Dozens protest outside the bar on Saturday night chanting "There is no justice, no peace" and "Trans life matters". Others have called for a boycott of the bar.

Moses called the incident "rare and unfortunate" and added that Las Perlas would donate all the proceeds of this weekend to Bienestar Human Services.