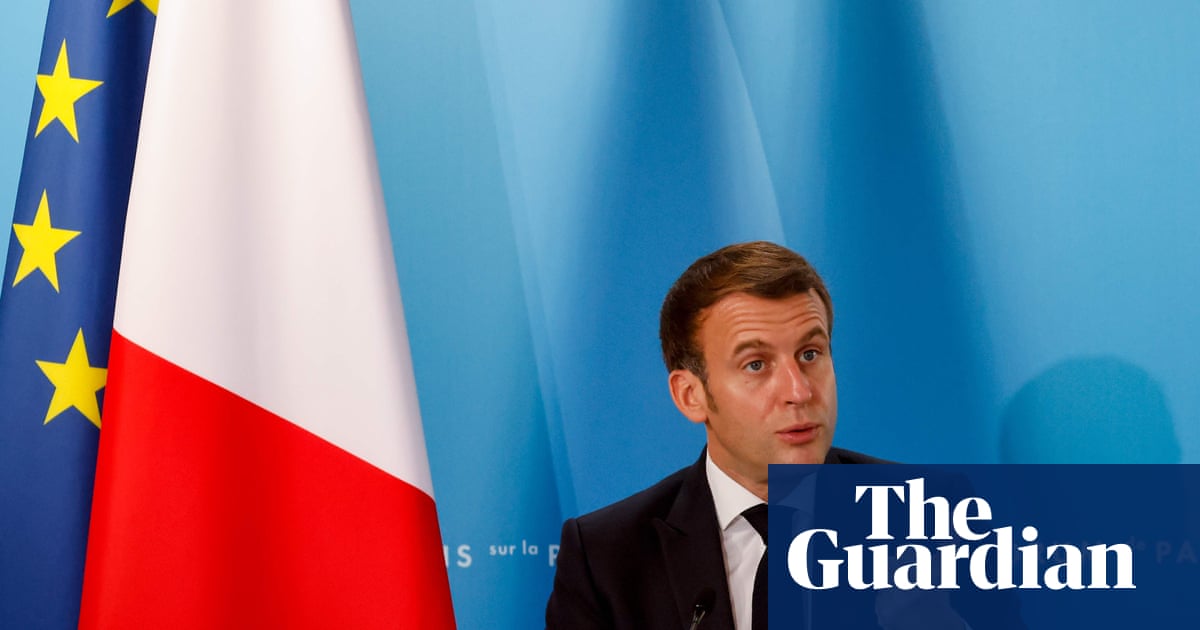 Faced with protests in the Muslim world over his response to terrorist attacks in France, President Emmanuel Macron called a New York Times media columnist to oppose “bias” in the English-language media and accused some newspapers of “legitimizing this violence.” .

In an interview with the New York Times, Macron argued that the media outside France did not understand the concept of the separation of church and state and condemned newspapers that criticized France’s policy toward Muslims.

Macron has been the subject of protests over his perceived attacks on Islam after supporting the publication of cartoons depicting the Prophet Muhammad, and said in a speech that Islam “is in crisis around the world today.” Protesters in some countries have called for a boycott of French products.

In an interview with the New York Times, Macron reiterated his anger at the response of some English-language media to the recent attacks by Islamist terrorists in France.

Teacher Samuel Patti was beheaded on October 16 after showing his classy cartoons from Charlie Hebdo magazine, which mocked Mohammed, during a debate on freedom of speech. On October 29, three people were killed in an attack on a church in Nice.

“When France was attacked five years ago, every country in the world supported us,” Macron said, referring to a series of terrorist attacks in Paris in November 2015 that killed 130 people.

“So when I see, in this context, several newspapers that I think are from countries that share our values ​​- journalists who write in a country that is the successor to the Enlightenment and the French Revolution – when I see them legitimize this violence and saying that the heart of the problem is that France is racist and Islamophobic, then I say that the basic principles are lost. “

Macron, the president of France since 2017, may oppose far-right politician Marine Le Pen in the polls in 2022.

He said foreign media did not understand the concept of “impassability” – secularism or division between church and state.

“There is some misunderstanding about what the European model is, and in particular the French model,” Macron said. “American society used to be segregated, before moving to a multiculturalist model that essentially refers to the coexistence of different ethnicities and religions side by side.”

Macron described the French model as “universalist, not multiculturalist.” He said: “In our society, I don’t care if someone is black, yellow or white, Catholic or Muslim. A person is first and foremost a citizen.

In early October, Macron announced a series of measures to combat “radical Islamism,” including greater control over mosques and requiring imams to be trained and certified in France. Some English-language newspapers criticize Macron.

On Thursday, Amnesty International criticized the president and his government, saying they had “redoubled their ongoing campaign against French Muslims and launched their own attack on freedom of expression.”

In a report, the charity cited the condemnation in 2019 of two men who burned the image of Macron in protest, and suggested that Muslims not enjoy the same freedoms as others in France.

“Although the right to express opinions or views that may be perceived as offensive to religious beliefs is strongly defended,” the report said, “Muslims’ freedom of expression and religion are usually given scant attention under the guise of republican universalism.

“In the name of secularism, or laziness, Muslims in France cannot wear religious symbols or dress in schools or public sector jobs.

Macron’s call to the Times came after he told the French magazine “Europe must work to be a challenge to China and the United States if it wants to prosper.”

“The change of administration in America,” he said, “is an opportunity to pursue in a truly peaceful and calm way what the Allies need to understand each other – that is, that we must continue to build our independence for ourselves, as the United States does for itself and as China does for itself. “