Madeira bus accident: At least 29 killed on a tourist bus 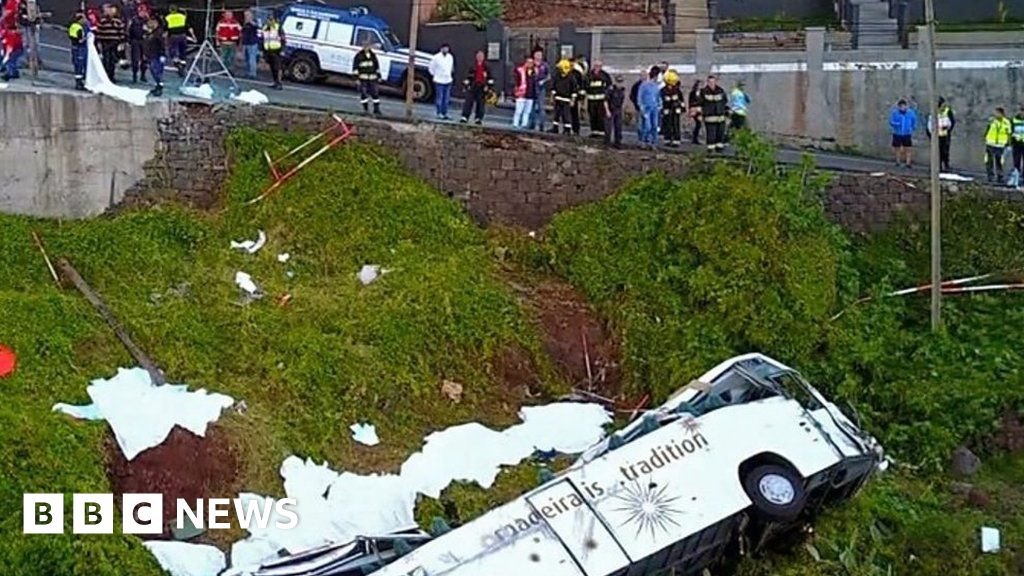 A bus carrying German tourists sank off the road and overturned on the Portuguese island of Madeira.

Local mayor Philippe Sousa said that all tourists on the bus are Germans, but some local people may also be among the victims. Eleven of the victims were men and 17 women, Mr Souza added. It is reported that the bus was carrying 55 people.