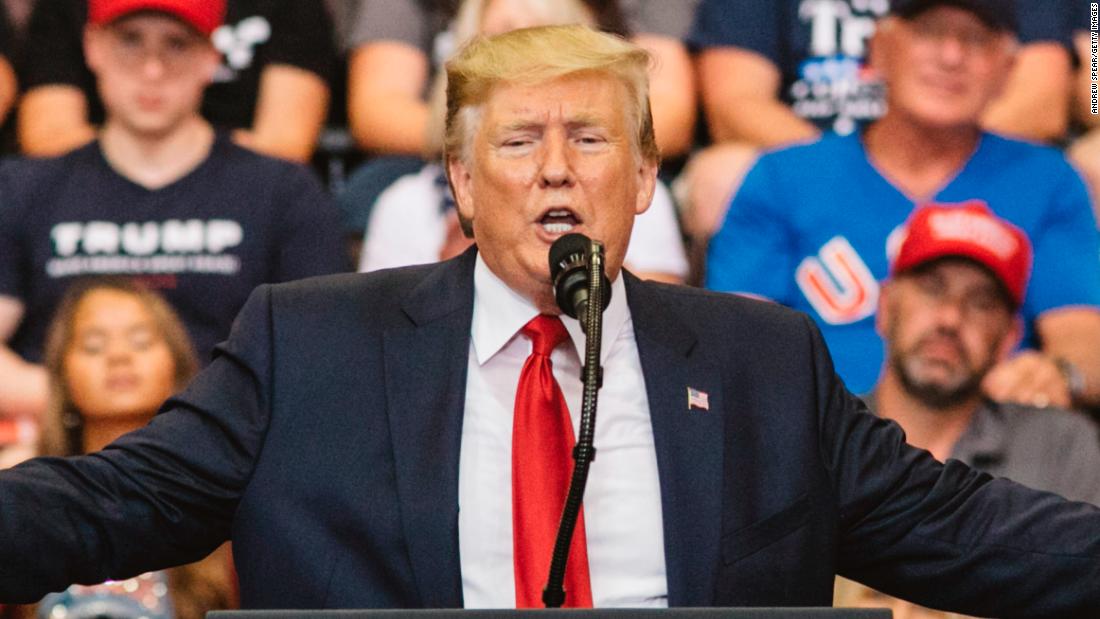 Party leaders in South Carolina, Nevada and Arizona have voiced support for the opening of their presidential primaries and are expected to become official in the coming weeks. Heads of Republican parties in South Carolina and Nevada will meet every Saturday to decide, while the Arizona GP will discuss its decision at a meeting Sept. 14. Kansas Republicans are also considering making their primary, according to Politico, which is the first to report on moves by state Republican parties to repeal their primaries.

"This is nothing new, despite the media's inauthentic attempt to portray it as such," said Arizona GOP President Kelly Ward. "Arizona Republicans are fired to re-elect President Trump for a second term and will continue to work together to keep America ̵

The move to the presidential primaries reflects Trump's grip on the GOP and party voters as he heads to his re-election campaign.

It is not unprecedented for state Republicans or Democrats to decide not to hold a primary president when the incumbent is essentially undisputed. In South Carolina, a key early primary state, Republicans decided to enter their presidential primaries in 1984 and 2004 as Ronald Reagan and George W. Bush prepare for their second term; while the state Democrats skipped their contests in 1996 and 2012, with Bill Clinton and Barack Obama running for re-election, respectively.

"Whether or not to hold the presidential primary is a decision made by our state executive committee every four years," said South Carolina GOP President Drew McKissik. "There is a strong precedent on both sides for them not to play a primary role when controlling the White House."

The difference with this election is that a number of Republicans have expressed an interest in challenging Trump. Former Republican Rep. Mark Sanford of South Carolina says he is nearing a possible bid offer while two Republicans, former Republican Joe Walsh of Illinois and former Massachusetts Gov. Bill Weld, are already in the running.

For these racers, the inability to compete in multiple primers can only block the already unlikely path to victory. Meanwhile, Trump is unlikely to agree to a primary debate, denying his GOP rivals an important platform.

"The RNA and the Republican Party are firmly behind the president," said RNC spokesman Blair Ellis, "and every effort to challenge him in the first place is bound to go absolutely nowhere."