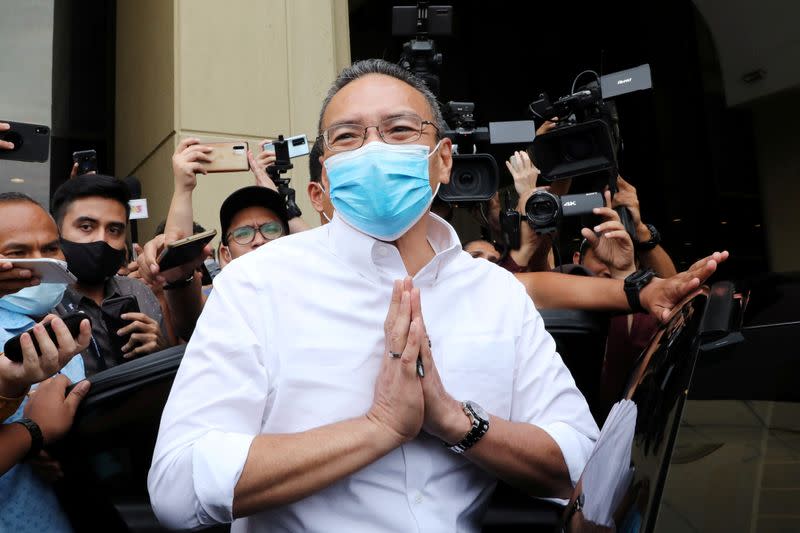 KUALA LUMPUR (Reuters) – Malaysia’s foreign minister stressed on Saturday that his country remains independent in foreign policy after some social media users and opposition politicians denied that he referred to his Chinese counterpart as an “older brother”. .

During his first visit to China as Foreign Minister, Hishammuddin Hussein expressed hope that he and Chinese Councilor Wang Yi would continue closer ties between nations, including post-COVID-19 cooperation and the fight against the pandemic.

However, he caused controversy at home when he told a colleague at a joint press briefing on Thursday: “You will always be my older brother.”

China is Malaysia’s largest trading partner, but relations between the two countries have been tested in recent years by Beijing’s increasingly strong foreign policy in the region, especially its maritime claims to the resource-rich South China Sea, some of which contradict its own claims. of Malaysia.

Some Malaysians have turned to social media to reprimand Hishamudin, saying he appears to be reassuring the world’s superpower, while opposition leader Anwar Ibrahim is urging the minister to withdraw his comment and apologize to the country.

“This is not the language and style that should be used in the world of diplomacy and international relations, because it seems to set Malaysia’s status as a foreign puppet,” he said on Saturday.

“As a country that is neutral and does not favor any great power in the world, his statement is clearly a form of insult to our own country,” Anwar said.

Following the criticism, Hishamuddin said on Twitter that he had said “older brother” to show respect for Wang Yi and that the words did not apply to Malaysia’s relations with China.

He said he “respected that Wang Yi was an older and senior foreign minister; therefore” an older brother “to me personally.”

“Being respectful does not mean weakness,” he added.

“Be assured that Malaysia remains independent, principled and pragmatic in our foreign policy – based on the values ​​of peace, humanity, justice and equality.”