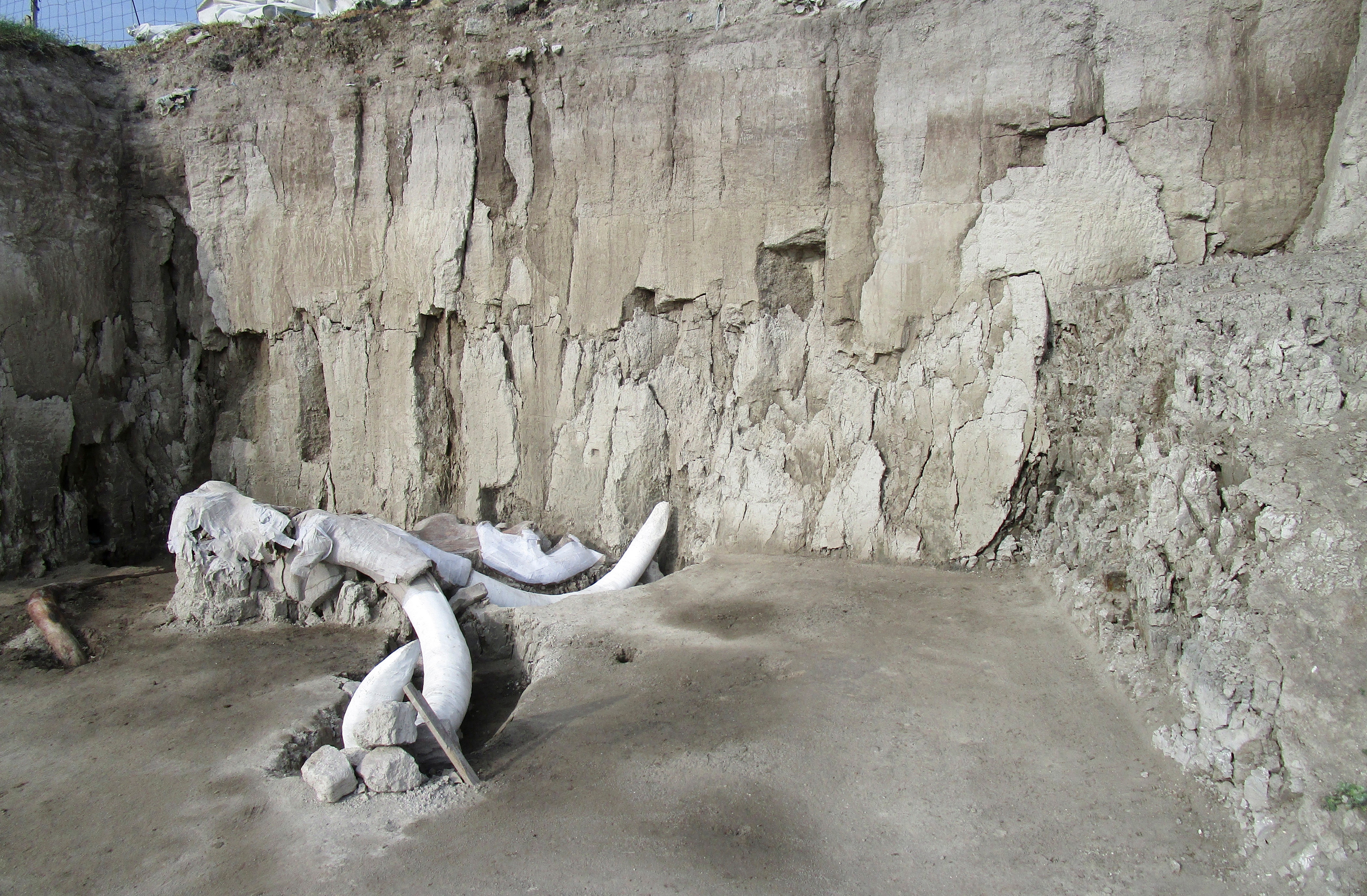 Mammoth traps built 15,000 years ago by prehistoric people were discovered in Mexico.

Traps consist of two pits that are used by hunters to angle and kill huge animals. The walls of the pits are about 5.6 feet deep and 82 feet in diameter, according to the National Institute of Anthropology and History of Mexico (INAH).

Archaeologists have discovered 824 bones from pits in the Tultepec neighborhood, north of Mexico City. The bones are probably the remains of at least 14 mammoths. Remains of two other species that have disappeared in America – horse and camel – have also been found.

WOLF MOTHER TOOTH GRADED IN AHIO CRACK TO A 1

2 YEAR-OLD BOY and direct them into the traps.

Researchers said Wednesday the pits were discovered during excavations of land that was to be used as a landfill. Archaeologists spent 10 months excavating the sites.

The discovery "represents a watershed, a cornerstone of what we have imagined so far, is the interaction of hunter-gatherer groups with these huge herbivores," said Pedro Francisco Sanchez Nava, national archeology coordinator at INAH, in a statement.

Other mammoth discoveries have attracted attention. Earlier this year, for example, a 12-year-old boy discovered a woolly mammoth mole at a resort in northeast Ohio last month.

Woolly mammoths are the last extinct species of mammoths, some 4000 years ago.

An almost complete skeleton of a woolly mammoth was discovered in France in 2012, much to the delight of archaeologists. However, woolly mammoth finds are more common in Siberia, where frozen remains have been repeatedly found.

However, the ethics of the scientists that led to the possible "extinction" of a species have been hotly debated, with critics saying that resources will be better spent on existing animals.

In 2017, a 10-year-old in New Mexico encountered a million-year-old fossil that was considered to be the skull of Stegastostodon. The following year, three boys in Mississippi dug a fossil mastodon, believed to be nearly 100,000 years old.