Maria Resa, the boss of Rappler released from prison in the Philippines 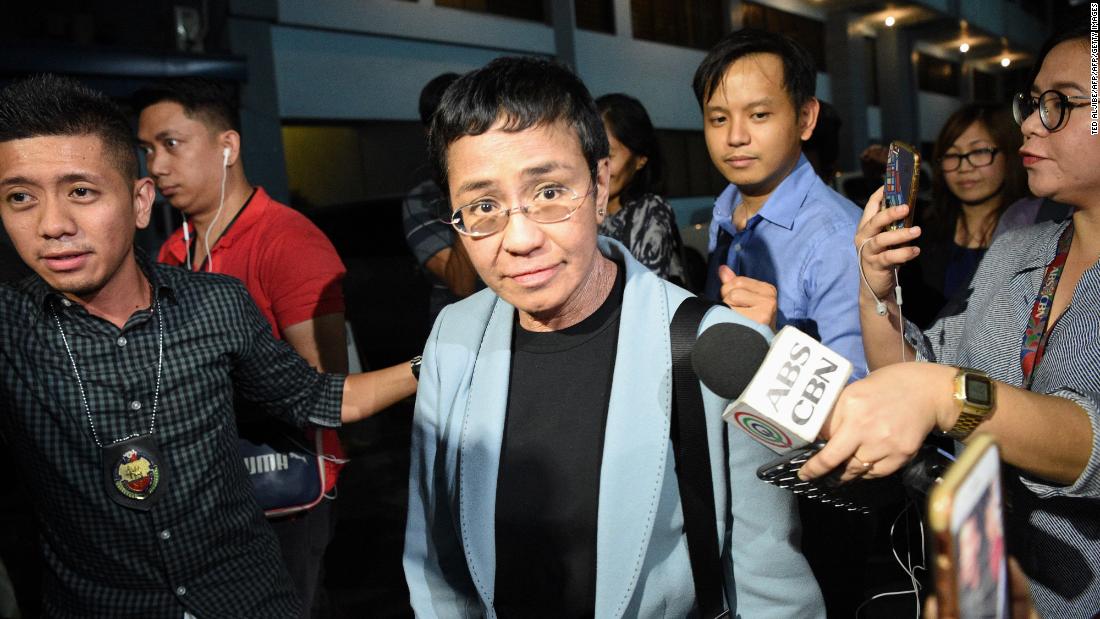 Ressa's lawyer paid a 100,000 Philippine peso bail on Thursday ($ 1915) to secure her release after spending the night in custody.

After its release, co-founder and editor of the online news release Rappler – gaining prominence with her unwavering awareness of President Rodrigo Durter and his brutal war on drugs – made an ardent speech on press freedom, calling her case "abuse of power and weapon in law ".

"The message that the government sends is very clear: keep silent or be the next," said Resa, the man of the year for 2018. "I mean, and I turn to you, not to be silent.

published by Raplet two years before the new laws on defamatory cyberwarning come in.

The National Bureau of Investigation he ruled in January that since the report was preceded by the law, Ressa could not be blamed, but this decision was later revoked by the Ministry of Justice on the matter. This article was updated in February 2014

JJ Disini, one of Ressa's attorneys called the accusations "politically motivated" and said that any update on an article in 2014 is "just a change in punctuation"

"Initially, the Philippine government has decided that it will not blame, then change its mind, it just smells like it just looks like political work to intimidate the press."

The National Union of Journalists from the Philippines said the arrest was "the government's apparently desperate move to suppress the media" and disagreement with the government.

Antonio Trilanes, a Filipino senator and critic of Durant, who was also arrested by the Ministry of Justice, published a brief statement in support of Resa.

"This move exposes his despotic regime and his fear of responsibility," the post writes. "We need to unite and support freedom of the press in these difficult times, as Duterte systematically destroys our democracy."

The lawsuit against Ressa comes at a time when freedom of the press is being challenged in the Philippines and around the world. In 2018, Resa was named among a group of journalists crowned "Time of the Year" by Time magazine.

Other in the group are Jamal Hashogi, an associate of the Washington Post, who was killed at the Consulate of Saudi Arabia in Istanbul in October, Kyaw Soe Oo, two Reuters journalists arrested a year ago in Myanmar while investigating the mass murders of Muslims from Rohing

Joshua Berlinger from CNN, Lauren Said-Moorehouse and Karen Smith contributed to this report.