Mark Meadows, chief of staff at the White House, is sailing to take action on unemployment and expulsions if Congress fails to reach a deal 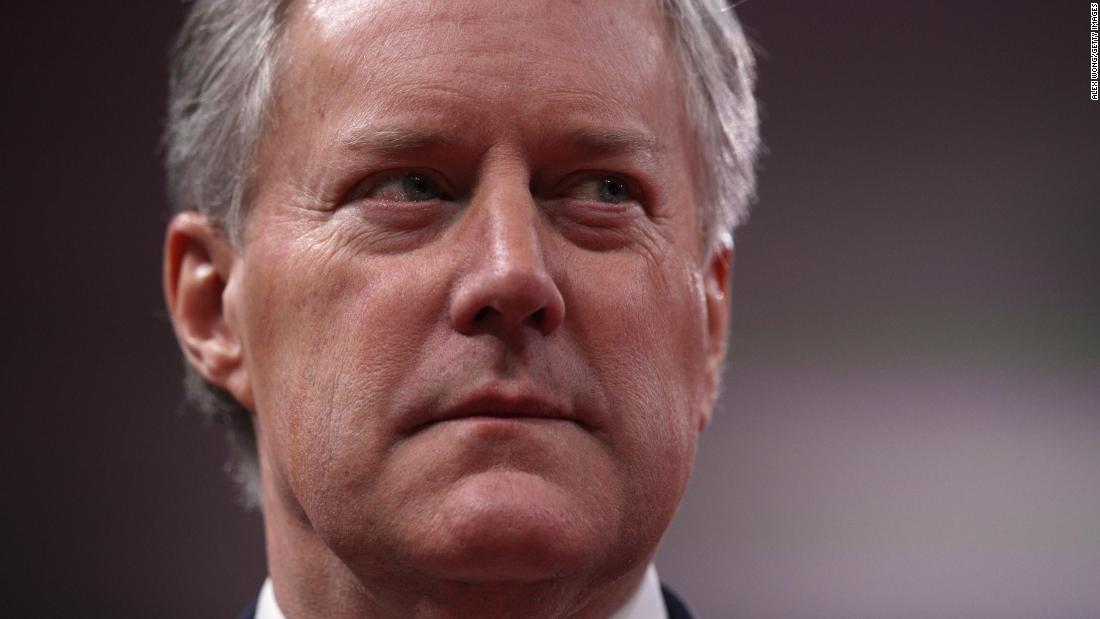 In a CNN Blitzer speech in the Situation Room, Meadows explained: “What I’m saying is that by Friday, if we haven’t made significant progress and we’re just too far apart, the president is ready to take executive action on these issues “, the two issues you are talking about. If he makes sure that the protection of eviction is done, he will do so through enforcement action. Providing increased unemployment benefits – this stopped because Democrats refused to say “yes” just a few days ago.

It is unclear what these executive actions would look like or what authority Trump should extend any of the provisions passed by Congress as part of the CARES Act earlier this year.

But Democrats want more than expansion – they want real help for the tenants involved in the proposal.

And negotiators remain similarly far from unemployment insurance. The White House is proposing a federal increase in unemployment at a flat rate of $ 400 a week, which is lower than the current level of $ 600 a week, according to two sources who know about it.

But House Speaker Nancy Pelosi told PBS Newshour on Tuesday night “none of them”, sticking firmly to the $ 600 level.

However, Meadows’ promise of executive action is unlikely to use concessions from Democrats who do not believe the president has power – and if he tries, it will not be on the scale needed to address the real problems.

Pressed by Trump’s ability to take executive action on Wednesday, Meadows said the White House “looks very closely at this with legal advice and receives opinions on the matter.”

“Because of some of the flexibility we have from the previous CARES Act, as well as the executive privilege that the president enjoys widely, we believe we can handle these two things,” Meadows said. “He’s going to do these two things. So the good news for your viewers is, if Congress fails to do that, the president of the United States will do it.”

CNN’s Phil Matingley and Christine Wilson contributed to this report.

Kentucky Republican Attica Scott, who proposed the “Law of Breona” to end search orders without a hammer across the country, arrested in protest