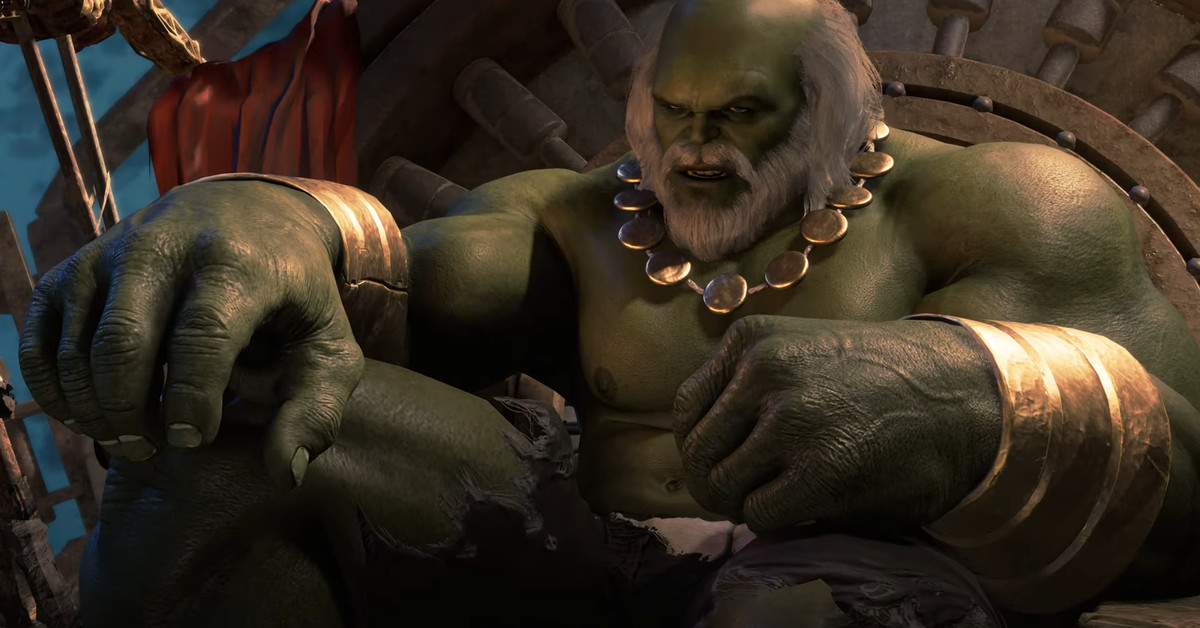 Marvel’s Avengers developer Crystal Dynamics announced Kate Bishop’s debut in December in a new video on Thursday. But the studio is also annoying some exciting subjects for the future.

At the end of Kate Bishop’s deep dive, we received a preview of Operation Hawkeye coming next year: Future Imperfect. We see Hawkeye (with long hair!) Walking through an empty future. It is full of overturned cars, rust and all kinds of brown – basically what you would expect after a nuclear disaster.

But things get interesting when the Hulk enters the picture. In this wasteland, Hawkee approaches the Hulk ̵

1; in his Maestro form – sitting on a throne surrounded by relics of the Avengers, under a frozen Sentinel. In the comics, this older, desolate Hulk is actually a Maestro and he is a supervillain with the intellect of Bruce Banner. He also has a beard and a fairly prominent bald spot.

The maestro talks to Hawkeye and says, “Welcome to the end of the world.”

The irritation of Maestro and future-Hawkeye is interesting enough. But there is also a joke about a future hero, if you look closely at the Maestro collection. At his feet lies the Black Panther’s helmet.

This is not the first time a miracleThe Avengers and the Black Panther are mentioned in the same sentence. There was a leak suggesting that Black Panther would be one of the first characters after the launch, along with Wakanda as a new field. Crystal Dynamics also officially showed its logo during the Black Panther game during the War Table stream on the day the game started, as if delaying the announcement of the character out of respect for the death of Chadwick Boseman, who portrayed the character in the Marvel Cinematic Universe.

With this joke, the rumors seem to be true and the Black Panther can make its way Marvel’s Avengers sometime next year.