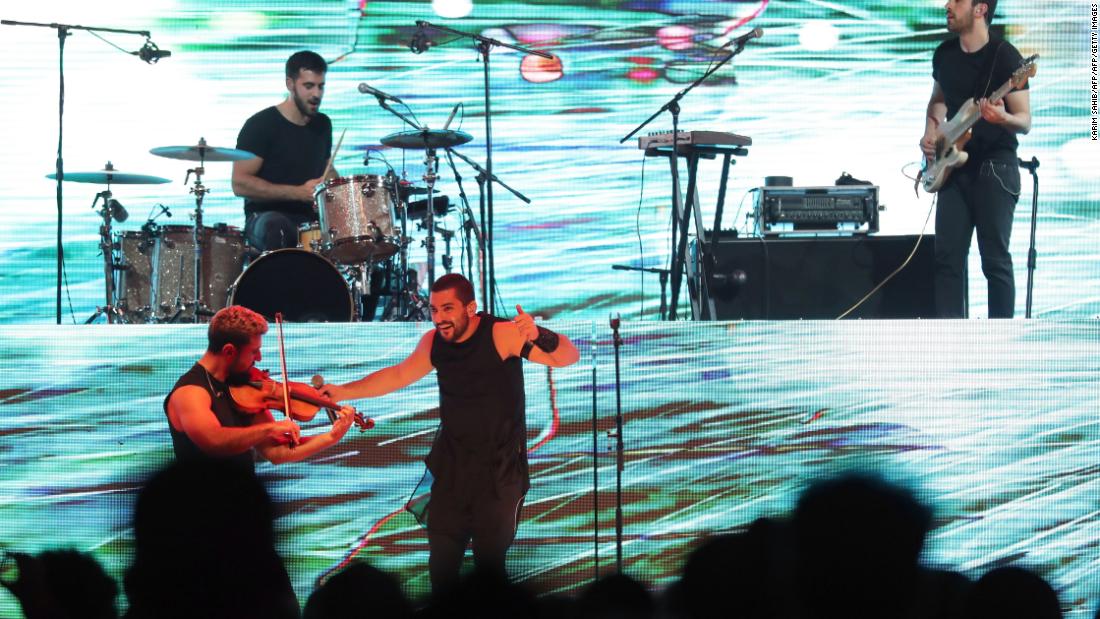 The execution of Maghrus & Leila at the Biblos International Festival, scheduled for August 9, was canceled "to prevent bloodshed and maintain peace and security," organizers of the event said on Tuesday. The group has participated in the festival twice before, in 2010 and 2016.

Critics argue that the cancellation is a worrying development for freedom of expression in Lebanon.

Threats of violent demolition of the concert spun on social media after Christian activists were accused of accusing the band of producing songs offensive to religion.

In a statement Tuesday, the group, whose frontman is openly gay, said their texts were "misinterpreted".

"We were shocked by the extent of the accusations and the change in the meanings of the texts," the group said in a statement. "The systematic campaign against us has reached the level of threats and bloodshed."

Mashra & # 39; Leila was released unlawfully last week after an investigation by authorities, according to the National News Agency of Lebanon. But threats against the group continued, which has provoked outrage from civil society groups and the international rights organization.

An activist brought a case against members of the campaign against the group.

"I brought a case against people who threatened with weapons, with murder, with beating," human rights lawyer and activist Khaled Merheb told CNN. "They had a WhatsApp group where they talked about how they would destroy everyone who goes to the concert. And they showed guns, like guns," he added.

Merheb was invited to the WhatsApp group, which organized itself against the concert and made screens that CNN sees to build a case against Christian activists.

Church leaders and politicians also participated in the campaign to cancel the concert. The Catholic Diocese of Maronites in Dbeil said on July 22 that the content of the band's song touches "most of the religious and human values."

Biblos MPs called on the festival to cancel the show in order to "respect holiness and morality," according to Reuters.

Lynn Maalouf, Middle East Research Director, Amnesty International the concert. "This decision is a devastating blow to the right to freedom of expression in the country," she said in a statement, adding that "exposed the Lebanese authorities to relinquish their responsibility to ensure that the gang was protected against the backdrop of a growing hate campaign. "

Mashur" Leyla has been exported to the country numerous times in the last decade. In recent years, she has become internationally known, presenting herself at places such as the Barbican in London and the Metropolitan Museum of New York.