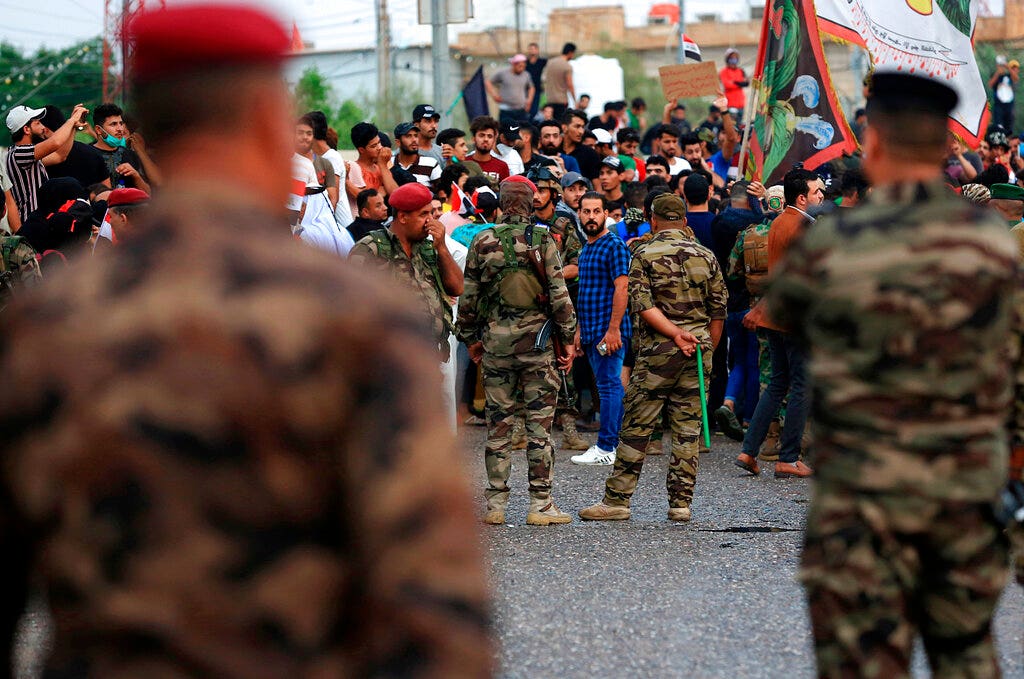 The attack, which happened overnight, came as Iraqis took to the streets for the fifth consecutive day to protest their government's corruption, lack of services and other complaints.

Fourteen people were killed and 865 injured, according to Al Jazeera, citing security sources.

"The main demands of the Iraqis are to tackle the problem of corruption, to withdraw and to create new elections that will take place," said the ill-founded academician Ali al-Nashmi.

The protests are similar to those that have swept Lebanon in recent days, as they are economically driven, largely leadership and spontaneous against a sectarian system and a corrupt political class ruled for decades by two countries. to the brink of economic disaster.

At least 72 protesters – not including the latest victims in Karbala – were killed by anti-government protests resumed in Iraq on Friday 149 were killed during an earlier wave of protests this month.