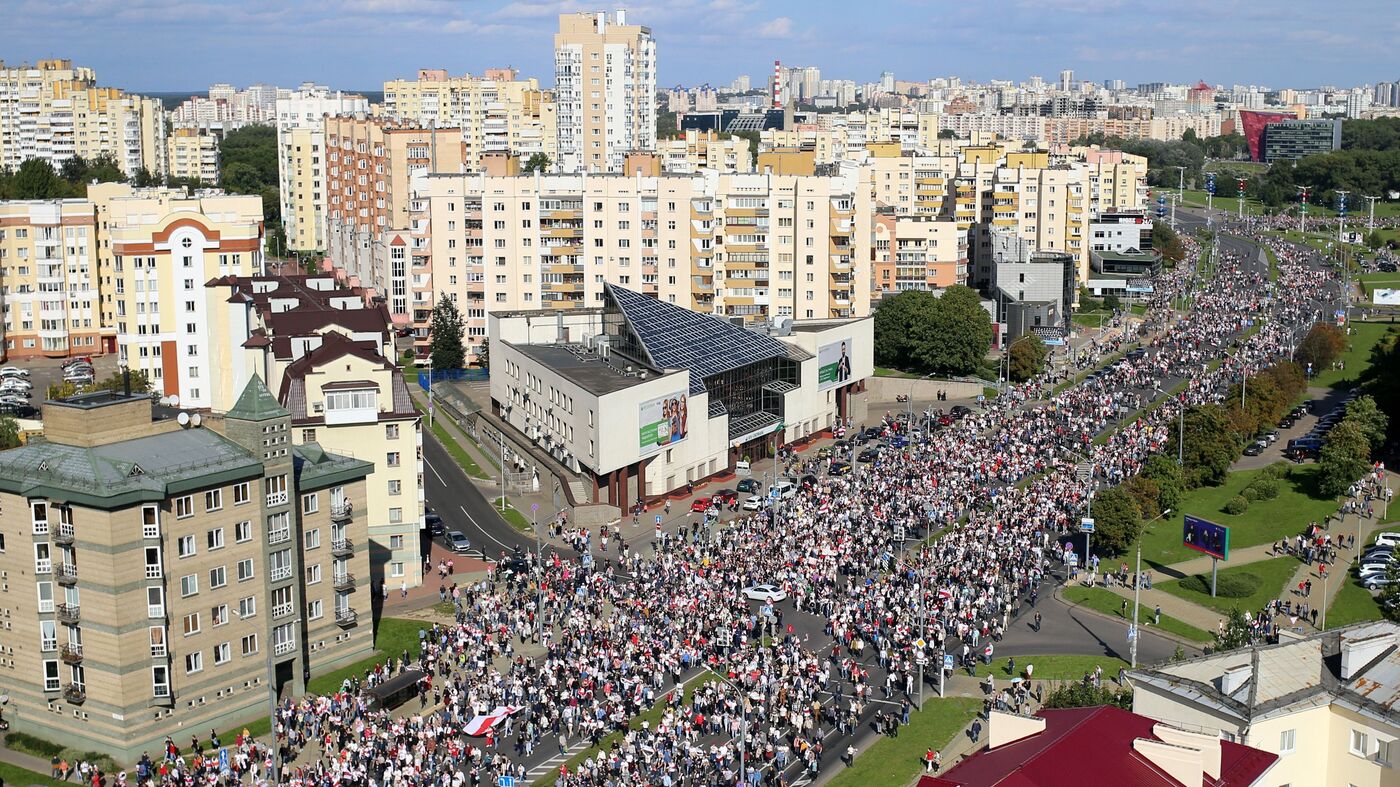 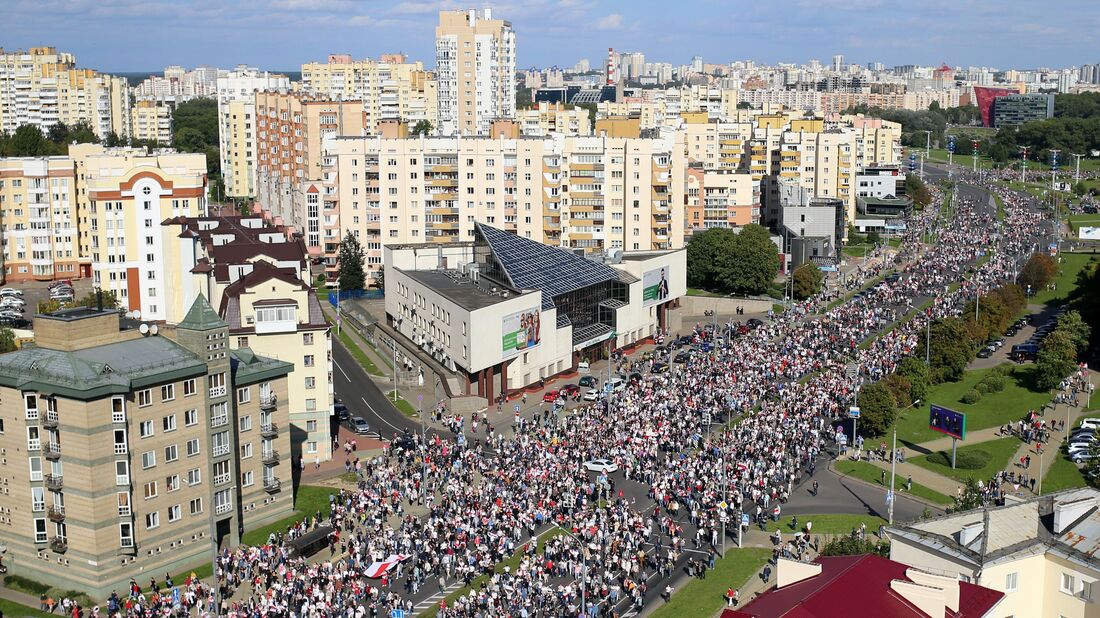 Opposition supporters are protesting against authoritarian leader Alexander Lukashenko in Minsk on Sunday.

Opposition supporters are protesting against authoritarian leader Alexander Lukashenko in Minsk on Sunday.

More than 100,000 protesters flooded the streets of the capital, Minsk, on Sunday in ongoing protests calling for Belarus’s authoritarian president to resign.

Sunday’s protests come ahead of President Alexander Lukashenko’s scheduled meeting Monday with Russian President Vladimir Putin in Sochi. The two leaders will meet face-to-face for the first time after unrest erupted in Belarus after the August 9th elections. Government officials have said Lukashenko won a sixth term with 80 percent of the vote, but outside observers, including the European Union and the US State Department, say the results have been falsified.

Prolonged turmoil puts Lukashenko in a weak position in the meeting with Putin. Lukashenko has expressed concern that Putin could use political unrest as a reason to annex Belarus, as he did with Crimea in 2014.

Protesters in Minsk took to the streets in large numbers on Sunday for the fifth weekend in a row, opposing riot police and masked security forces who rudely detained dozens of protesters and drove them away in vans. Demonstrations also took place in 16 other cities in the country.

The interior ministry told the Associated Press that more than 400 people were detained in Minsk on Sunday. More than 7,000 people have been arrested after the election sparked protests against Lukashenko’s 26-year rule. Lukashenko’s security forces are also seeking to quell the unrest by detaining or expelling members of an opposition group called the Coordination Council.

Despite police repression, the opposition does not seem to want to back down. On Sunday, police blocked the city center with barbed wire fences and prisoner vehicles, so protesters took a different path. They headed for Lukashenko’s residence on the outskirts of the city.

Signs by protesters on Sunday reflected similar fears among the opposition that Russia could take over Belarus.

“The source of power in Belarus is the people, not Lukashenko and the Kremlin,” reads inscriptions held by protesters in Minsk. Sunday’s protest slogan was “we will not allow him to sell the country.”

While Lukashenko is expected to seek security guarantees during his meeting with Putin, he says he will not give the country sovereignty. Lukashenko also accused Western powers of inciting a revolt to overthrow his government.

Political experts warn that Putin’s support for Lukashenko could turn Belarusians against Russia. Opposition leaders said their movement was not explicitly pro-Russian or anti-Russian, but pro-democracy.

According to Nigel Gould-Davis, former UK Ambassador to Belarus The guardian, there is a risk that “Russia will turn the friendliest neighbor they have into a population that views them as an accessory to Lukashenko and his authoritarianism.”

Charles Maines contributed to the reporting.