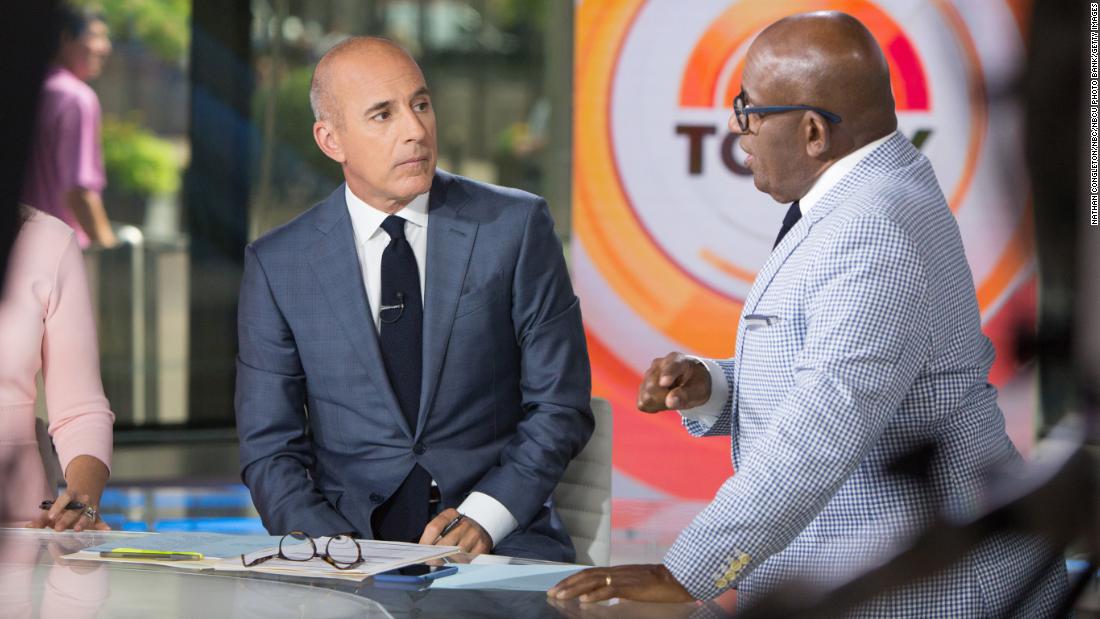 The NBC News morning show this week celebrated the 25th anniversary of Studio 1A, its glass-enclosed set and plaza in New York City's Rockefeller Center. The five-minute package featured several of the show's anchors past and present, including Katie Couric, Bryant Gumbel, Meredith Vieira, Al Roker, Savannah Guthrie and Hoda Kotb.
But it left out any shots of Lauer, who co-hosted "Today" for 20 years. He was fired in November 2017 for "inappropriate sexual behavior in the workplace," NBC announced at the time. Several unnamed women accused Lauer of sexual harassment and said the network ignored them when they spoke because of his status.

Lauer apologized in the wake of his termination from the show, saying "There are no words to express my sorrow and regret for the pain I have caused others by words and actions. an internal report that claimed no one in his leadership rankings knew about Lauer's allegedly lewd behavior

The tribute also did not include clips of the former "Today" show hosts Ann Curry and Tamron Hall, both of whom made regular appearances on the plaza

Curry previously said she was not "surprised" by the Lauer allegations. She lost her co-host job on "Today" in 2012, after just a year in position.
Hall left NBC News in 2017 after it was announced Megyn Kelly would take over her hosting duties of the 9 a.m. hour. Kelly's show was canceled after a year following her offensive comments regarding blackface Halloween costumes. Kelly was also left out of the tribute video.