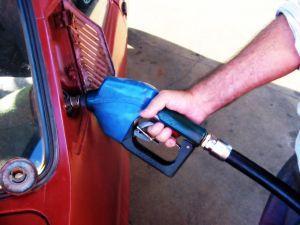 Gas prices in the Meadville area began Monday with 10 cents higher than the national average.

Prices were $ 2.79 at many retail stores on Monday morning compared to the state average of $ 2.69, but prices went up to $ 2.89 a gallon later in the afternoon.

"While gas prices have plummeted for the ninth consecutive week, all eyes are now on Saudi Arabia after an attack that knocked out more than 5 percent of world oil production and how oil prices are likely to jump as a result,", said Patrick DeHaan, head of oil analysis for GasBuddy. "While there is some good news that motorists should not expect a sudden and serious rise in gas prices, it could have a minor impact early in the week and continue as long as state oil co Saudi Arabia's Aramco fails to restore all production However, even after oil production levels return to normal, there is an undeniable factor that will now forever affect oil prices ̵

1; and that is that reliability and stability Saudi Arabia is no longer guaranteed, and this missile strike is proof that perhaps one of the world's most stable oil producers can no longer be considered as stable as before. "

According to GasBuddy Price Reports, the cheapest station in Pennsylvania was priced at $ 2.45 on Monday, while the most expensive is $ 3.17.

Prices from all over the region:

• Pittsburgh: The average price is 2.82 dollars per gallon.