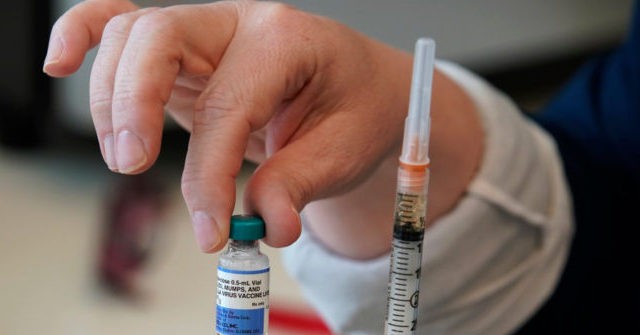 The most recent reports of the Centers for Disease Control and Prevention (CDC) in the United States show that 1,044 cases are documented in 28 states – the highest rate of infection since 1992 and a profound shift from a disease that was eliminated across the country in 2000.

The CDC said the reasons for the measles outbreak are people traveling to other countries and bringing the virus back to the US and populations in the U.S. that are not vaccinated

Measles and chickenpox have also been reported in populations of immigrants from Central America and other countries that lack vaccination programs and who are coming across the U.S.

In 1657, a merchant in Boston records the first outbreak of measles.

Although no deaths have been reported in the United States, measles can cause disabilities in young children, including deafness, and may cause birth defects in pregnant women who contract the disease. 19659017] Q: Are vaccines safe?
A: #Vaccines are safe. Any licensed vaccine is rigorously tested across multiple phases of trials before it is approved for use, and is continuously monitored to make sure it is safe and effective https://t.co/40aVAP9cAT #VaccinesWork pic.twitter. (WHO) June 19, 2019

The World Health Organization (WHO) reported that measles cases rose by 300 percent in the first three months of 2019, compared with the same period in 2018.

In 2017, the most recent year that estimates are available, 110,000 deaths from measles were reported worldwide