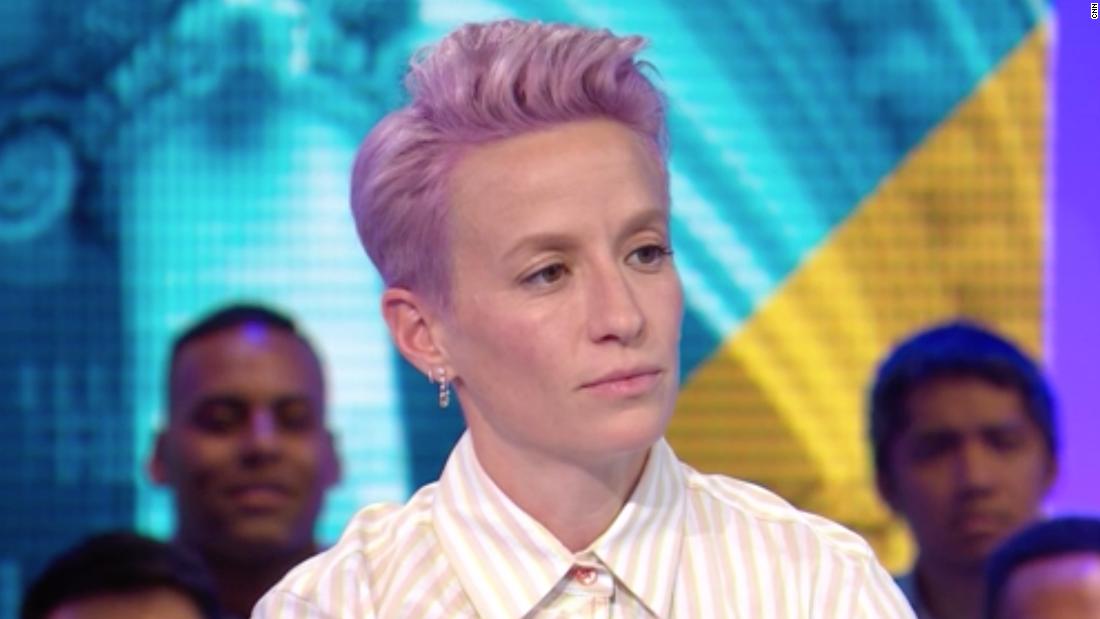 "It's disgusting, to be honest," Rapinoe said Saturday on CNN's "The Van Jones Show." "To say it's disappointing is … it does not even come close."
Trump, in a recent series of tweets, said the four progressive US representatives known as "The Squad" – Alexandria Ocasio-Cortez, Ilhan Omar, Ayanna Pressley and Rashida Tlaib – should "go back and help fix the totally "
Rapinoe said she was energized by public disapproval of Trump's remarks – the US House voted to condemn the language – and by the warm welcome Omar got when she returned home this week to Minnesota

"The more we're just upset about it and do not accept that kind of behavior from all sides, then the better place we're going to be," she said.

Rapinoe, a self-described "walking protest," shot to world fame as she led the US football team last month to win the World Cup. She's pulled no punches when she comes to Trump, saying earlier this year that she would not be "going to the White House" if the team won the championship.

'Time for us … to just embrace a woman'

Asked about the Democrats, who has been knocking out some of the names off the list, but remains interested in US Sens. Elizabeth Warren and Kamala Harris

Warren is "just so smart and like, organized ̵

And Harris? "I would never want to get into an argument" with the California senator, Rapinoe said.

"Maybe it's time for us as a country to just embrace a woman" as president, she said, noting that so many skilled women have were overlooked or overly scrutinized for the office. "Let's just see what's going on."

At the ticker tape parade celebrating her team's World Cup win, some fans held up signs encouraging Rapinoe to run for president. And Jones' audience cheered when the host asked Rapinoe if she would be the fifth member of The Squad. "

" Well, I'm not going to run, "she said. "I'm, like, wildly unqualified to be running for office."