Meghan and Harry tour Africa with baby Archie: 8 things to look for 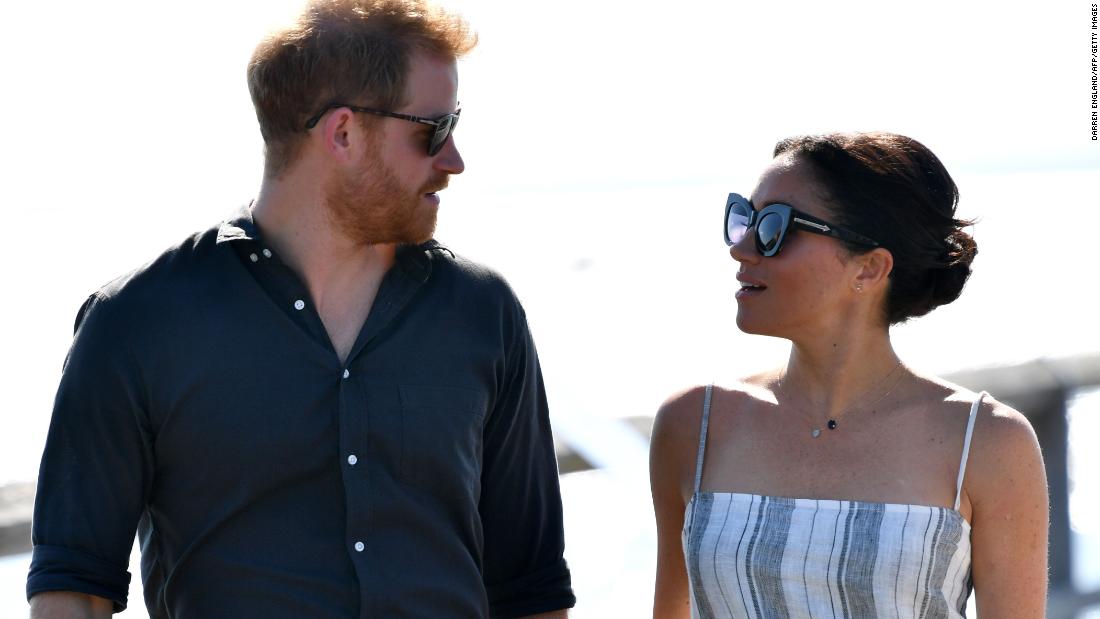 The trip will provide the couple with an opportunity to showcase causes they're heavily involved with as well as develop and deepen the various existing relationships between the UK and Africa.

Only a few images have been shared of baby Archie so far, but we are expecting him to appear at his first official engagement while in South Africa.

When and where will depend on how he feels and whether his parents feel he's ready.

When he does appear, cue a collective: "Hasn't he grown!" followed by extended deliberations over whether he takes after his mother or his father.

2. All eyes on the Duchess

We still don't know how much of Meghan we will see in South Africa while Prince Harry travels to Botswana, Angola and Malawi. She's never been to South Africa before but she will also, no doubt be aware that everything she does on a high-profile visit like this will speak to her royal brand. Commentators will pore over how she's putting herself across and – yes – what she wears.

Royals express what they are passionate about through the causes they choose to support, and the way they throw themselves into relevant engagements.

We learn a little more about the couple each time we see them, and we will be looking out for any comments they make along the way. What they choose to emphasize will indicate how they plan to carry their public roles forward.

Harry has deliberately been selected for his mother's work, to continue her legacy, most notably in relation to land mine clearance and

As Harry retraces his mother's steps in Angola for example, it will become apparent how pioneering she was for her era and we will see a stark illustration of progress since her death.

Harry's father, Prince Charles, and Grandfather, Prince Philip, were ahead of their time on conservation issues, and that would also be reflected during the tour.

The royal family is deeply rooted in the continent. Princess Elizabeth's defining 21st birthday speech was delivered from Cape Town, South Africa, where the Sussexes' tour begins and she was in Kenya when she was found out that her father had died and she became Queen.

It's going to be mayhem, but everyone knows that, so let's see how it's managed.

To say this is going to be a "high-profile tour" would be an understatement. The royal press pack is operating at full capacity with teams flocking in from London and local media have been rushing to accredit too.

The tricky thing to get right for organizers is how to allow the couple the freedom to engage with people while Keeping everyone safe.

Lessons will certainly be taken from the couple's Commonwealth tour last fall when they visited Australia, New Zealand, Tonga and Fiji. During the Fiji Leg, a walkabout at an open-air market had to cut short over the excessive numbers that had turned out to see Meghan.

This time around, measures were already being taken with some details of the couple's itinerary like the township engagement location is embargoed until shortly before they arrive. It is also unknown where exactly the family will stay throughout their trip – although it is assumed that, where possible, they will likely stay at official residences and properties selected by the UK Foreign and Commonwealth office.

Senior royals always get a good turnout but this couple have the youth and celebrity factors thrown in . This arguably makes them the most high-profile couple in the world right now.

So, how big will the crowds be? What is it they like about the couple? How will social media react? Will race yet again emerge as an issue as it often does for the Duchess? We'll soon find out.

There's only so much you can expect from a royal tour though, because the biggest moments are often the unexpected ones.

Perhaps an image, a moment or a cursory word that may resonate further afield, and speaks to the couple somewhat. With 10 days, four countries and more than 30 engagements ahead of us, who knows when it will come?